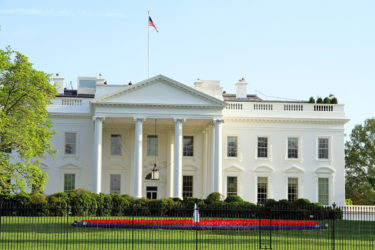 The Trump Administration took two major actions on October 6 in an effort to further protect religious liberty in our nation. First, the U.S. Department of Health and Human Services (HHS) announced that it was making changes to Obamacare’s contraceptive-coverage mandate so that religious and moral exemptions are provided for employers. Second, Attorney General Jeff Sessions issued a guidance letter “for all Executive Departments and Agencies” outlining the Administration’s interpretation and guidance regarding “religious liberty protections in federal law.”

The contraceptive mandate of Obamacare has been the subject of multiple legal conflicts over the last few years, including the Hobby Lobby and Little Sisters of the Poor cases, both of which came before the U.S. Supreme Court. Under Obamacare, employers were required to cover contraceptives, including abortion-inducing pills, approved by the FDA at no cost to the employee. Although this mandate did exempt “churches, their integrated auxiliaries and conventions or associations of churches,” it did not cover “most religiously-affiliated employers such as religious hospitals, church-affiliated schools and universities, and religiously-affiliated charities.”

The Administration’s revised rules loosen that narrow exemption and allow for both non-profit and for-profit organizations to qualify for exemptions if they have a moral or religious objection to providing contraceptives. Additionally, the new rules “eliminated the requirement that exempted organizations submit a form requesting that a third party provide birth control in their stead.” This requirement was the subject of the case brought by the Little Sisters of the Poor.

“No American should be forced to violate his or her own conscience in order to abide by the laws and regulations governing our health care system,” HHS spokesperson Caitlin Oakley said in a statement. “Today’s actions affirm the Trump administration’s commitment to upholding the freedoms afforded all Americans under our Constitution.”

The Justice Department reinforced on October 6 that “Religious liberty is a foundational principle of enduring importance in America, enshrined in our Constitution and other sources of federal law.” In the guidance letter issued Friday, the Justice Department noted, “Except in the narrowest of circumstances, no one should be forced to choose between living out his or her faith and complying with the law. Therefore, to the greatest extent practicable and permitted by law, religious observance and practice should be reasonably accommodated in all government activity, including employment, contracting and programming.”

The guidance letter issues twenty “high-level principles” that federal agencies should follow. These twenty principles include, but are not limited to, the following:

A complete copy of the guidance letter can be accessed on the U.S. Justice Department website.