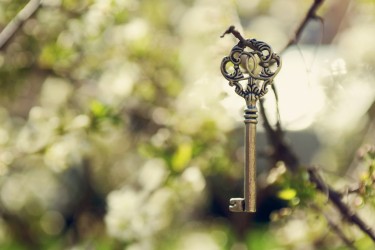 The following article is excerpted from a series of interviews the North Carolina Family Policy Council recorded with Paula Rinehart in 2005 for the Family Policy Perspectives video series.

There really are two kinds of love, and there’s something to be had from both of them. The first kind of love is really the old word “infatuation,” where you feel singled out by a person. It’s very exciting, and who you are seems to rest on how [that person] responds to you. That does bring two people together, and there needs to be that kind of chemistry and attraction, but it never lasts, and it isn’t enough to build a life together.

When “infatuation” begins to subside, as it always does, then the second kind of love begins to, or is meant to, kick in. And that is really the real work of learning to love someone…. So the second kind of love is more costly, but it is what bonds you together. It is what you build a lifetime on, and it turns out to be something that is very rich and deep, and has all kinds of texture to it.

Love Is A Choice

You can’t think very long or very hard about the subject of love without admitting that fundamentally, love is a choice. It’s a choice in many situations, and I think most people who’ve been married for a while would admit that they have had seasons where they have fallen out of love with this person, and it is a choice they make to learn to love in that situation, or to give, not knowing what may come back their way…But not feeling love in a relationship is really a ludicrous reason for divorce because it is [a natural] part of every relationship.

Part of the tragedy that we are living through in this generation is that, often, teenagers and twentysomething folks coming along do not realize the significance of their innocence or purity until they have given part of it away. And it is in the aftermath, so to speak, that something wakes up on the inside and says, “Oh, I feel different, and I don’t like the way I feel.” But fundamentally, they tend to attach shame and guilt to an experience that is meant to be about freedom and pleasure, and intimacy between two married people for a lifetime. And shame and guilt are very toxic emotions.

When women come to talk to me, they are sharing the story of the “morning after.” Sometimes, I talk to women who feel kind of numb and depressed as though they have parceled themselves out to too many men, and they don’t know how to get themselves back together. And then, I talk to many women who have been married a few years, in their late 20s or 30s, and frankly the only expression that fits is that they hate sex, and they are surprised about that. It bothers them because they want to enjoy a sexual relationship with their husband, and what they feel is shame and the guilt, and the bad memories they have from too many men before.

Benefits of Delaying Sex for Marriage

Sexual relationships outside of marriage shortcircuit the development of other parts of the relationship. [These couples] don’t talk as much, they don’t work through issues, and they don’t know each other as deeply because frankly, they’ve just turned to a kind of knowing that is on a physical and a sexual level. But that does not have the groundwork for them to build the rest of their lives together.

In terms of talking about the way boys mature from boys to men, actually, what they gain from having to pursue a relationship with a woman without expecting anything sexual in terms of a payoff, so to speak, is courage. [Abstinence] for boys is a means by which they grow up on the inside. If guys are not required to do that, which you know, is the trend in the last 10 years, they become stuck in what people call “adolescent sexuality,” which simply means, “Give me what I want and don’t ask anything from me.” It is not a way to raise a generation of men, and they do not become the kind of men that women really want, or that [women] can build a life with.

Paula Rinehart is an author, speaker and marriage and family counselor based in Raleigh, North Carolina. She is the author of several books, including Sex and the Soul of a Woman, and Strong Women, Soft Hearts.