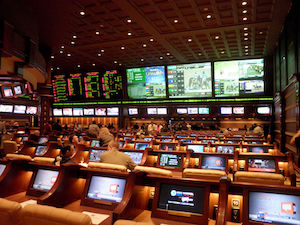 Earlier this week, the North Carolina General Assembly gave final approval to a bill that will allow sports betting and horse race wagering on the tribal lands of the Eastern Band of Cherokee Indians in Western North Carolina. SB 154 – Allow Sports/Horse Race Wagering Tribal Lands, passed the State House on Monday by a 90-27 vote, and now awaits action by Governor Roy Cooper. The bill passed the State Senate in April by a 43-7 vote.

Unfortunately, gambling bills like SB 154 further exacerbate the economic and social consequences that come from problem and pathological gambling. As NC Family President John L. Rustin testified before committees in both the State Senate and the State House, “sports gambling is particularly corruptive and addicting, and authorizing these additional forms of gambling on the Cherokee reservation will give current gamblers even more ways to gamble and it will also attract additional new gamblers to the tribal casinos.”

Gambling addiction can also be very difficult to detect. Unlike alcohol and drug addiction, there are often no immediate signs of impairment until bank accounts have been depleted, lines of credit have been tapped out, and panic and desperation set in.

We would like to thank those of you who responded to our Action Alerts and contacted your State House and Senate members to urge them to oppose SB 154. NC Family will continue to fight against bills that expand predatory gambling in our state.