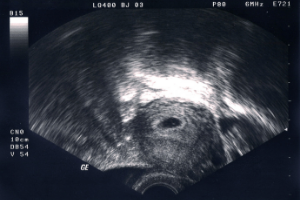 Possibly the strongest pro-life legislation in a post-Roe v. Wade America has gone into effect in Texas. Governor Greg Abbott signed Senate Bill 8, also known as the Texas Heartbeat Act, into law in May, and despite challenges by abortion providers to stop it, the legislation became effective yesterday, September 1.

SB 8 bans abortion in Texas once a fetal heartbeat can be detected, which is usually between five and eight weeks into a pregnancy. The bill is unique from other similar heartbeat bills—all of which have been blocked from going into effect by various courts—in that it will be enforced through private civil actions rather than criminal lawsuits. Any private citizen in Texas can bring a “civil action” against anyone who, once a fetal heartbeat can be detected:

The bill does not allow lawsuits against women who obtain abortions or in cases involving a “medical emergency” as defined in their law.

Our friends at Texas Values have worked tirelessly to help SB 8 become law. “Today is historic for law and life,” said Texas Values’ President and Attorney Jonathan Saenz in a press release yesterday. “The Texas Heartbeat Act is the first ever law of its type to go into effect. Starting today, babies and mothers will be spared from an abortion in Texas when a baby’s heartbeat is detected.”

Several challenges to SB 8 are still working their way through our nation’s court system, and NC Family joins Texas Values and millions of pro-life Americans in praying this historic law remains in effect and continues to save lives every day.