Taking the Abortion Battle to the States 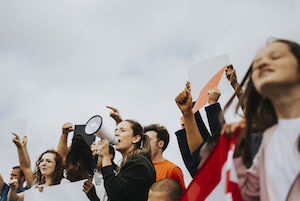 Over the past few months, several states have enacted laws that either expand or limit the practice of abortion. With the current Presidential Administration appointing pro-life judges to the U.S. Supreme Court and lower federal courts, the likelihood continues to grow that Roe v. Wade, the 1973 case that set aside state laws and legalized abortion nationwide, will eventually be overturned. Should this occur, the individual states will regain the authority they had lost over the regulation of abortion. Therefore, both abortion and pro-life advocates are stepping up the battle in states across the nation.

Pro-Abortion Laws Passed In the Past Two Months

In June, Rhode Island, Vermont, Maine, and Illinois passed radical pro-abortion laws. Rhode Island’s would allow abortion until birth, even after “fetal viability,” if it is “necessary to preserve the health or life” of the mother; but the law does not define “life” or “health,” leaving the door wide open to interpretation. Vermont’s Republican Governor Phil Scott signed into law a bill that “recognizes the fundamental right” of anyone who is pregnant “to have an abortion,” and that prohibits their state and local governments from interfering with or restricting this “right.” Maine expanded the parameters for those allowed to perform abortions to now include advanced practice registered nurses and physician assistants. Maine also passed an additional law that requires (with an exception for churches and church schools) that every “health plan [in Maine] that provides coverage for maternity services shall provide coverage for abortion services.” Finally, Illinois passed what the Susan B. Anthony List called “the nation’s most extreme abortion law.” It not only allows for abortion up to the moment of birth, but also repealed the law against partial-birth abortion, and astoundingly, threw out a law that had allowed physicians, nurses, health-care facilities, and employees of these facilities to refuse to provide abortion services.

On the other hand, several other states have passed pro-life legislation. Ohio, Mississippi, and Georgia passed laws protecting unborn babies with detectable heartbeats from being aborted. Indiana enacted a law that would have prohibited dismemberment abortion. Arkansas passed one measure that prevented abortions after 18 weeks of pregnancy, and another that increased the informed consent waiting period for an abortion from 48 to 72 hours. Missouri’s pro-life law (Missouri Stands for the Unborn Act) protects babies at 8 weeks gestation or later. Finally, Alabama passed a law (Alabama Human Life Protection Act) in late May protecting unborn babies from abortion at any stage of pregnancy. In this law, as in many of the above, an exception is allowed for the child’s mother “to avert her death or to avert serious risk of substantial physical impairment of a major bodily function.”

Abortion activists have attacked all of these pro-life measures in court. In Indiana, Arkansas, Ohio, and Mississippi, federal judges have blocked the aforementioned laws from going into effect. In Missouri, Georgia, and Alabama, Planned Parenthood and the American Civil Liberties Union (ACLU), along with local abortion providers, have filed lawsuits attempting to permanently strike down the laws.

Here in North Carolina, several pro-life bills were filed this year, but only one made it to the NC House and Senate floors for a vote. SB 359–Born-Alive Abortion Survivors Protection Act would protect the lives of newborn babies who are born alive after a failed abortion. This bill passed the NC General Assembly, but was vetoed by Governor Roy Cooper. The State Senate was able to muster the votes necessary to override Governor Cooper’s veto, but an override vote failed in the State House. There are a number of pro-life provisions in the proposed budget, which was also vetoed by the Governor, and we will report on the status of those provisions when the final budget is resolved.

While pro-life legislators and organizations have worked hard to get these important pro-life laws passed, it is clear that abortion activists are working against these efforts as they seek to pass opposing legislation and rely on pro-abortion judges to overturn laws that affirm life.

With a little more than a year to go before the 2020 elections, NC Family urges you to remember the importance of your local, state, and federal races. When Roe v. Wade is eventually overturned, the fight for life will be far from over. State legislators and state judges will be given more authority to determine how the laws in their respective states address the sanctity of human life, and these decisions will be a literal matter of life and death.

Please stay tuned for updates from NC Family on these important issues.