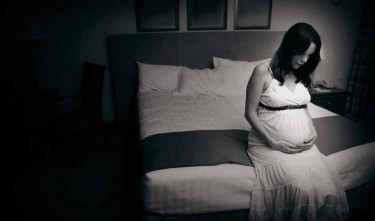 A surrogate mother and the couple that hired her make a painful discovery after an ultrasound: Their unborn child will have serious health problems and will possibly never have a “normal” life…. The biological parents, who say they cannot bring a child into the world to endure so much suffering, offer the surrogate, who is struggling to make ends meet, $10,000 to abort the baby.” “Marie-Pier is pregnant with twins she doesn’t want…. Eight weeks after she got pregnant, the adoptive couple said they wanted out. Now she is stuck with twins she said she can’t care for.”

The media constantly report stories about the rich and famous using surrogacy to fulfill their lifelong dream of having a child. One commentator described the phenomenon as “almost a form of modern day wet-nursing.”

The stories are close and personal, full of hope and joy. Yet, these news accounts, the first from 2013 and the second from 2012, tell a different story—not of hope and joy, but of despair and sorrow. They expose the raw truth about surrogacy, a reality many in legislatures, courts, and the media simply do not want to face. Plainly stated, surrogacy is bad public policy. It commodifies women, whose wombs are rented, and treats children as objects who are bought and sold. It ignores the emotional costs to both the birth mother and the child. It exploits the poor for the sake of the rich. It allows birth mothers to traffic their own children before they are even conceived. It places the government in the role of deciding parenthood, rather than protecting it. For the sake of poor women, children, and freedom, North Carolina should end this assault on women and children.