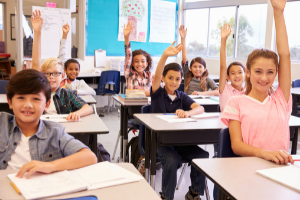 The State Senate Education/Higher Education Committee is meeting today to discuss a bill that originated in the House that would prohibit instruction in critical race theory and other discriminatory concepts in North Carolina public schools. HB 324—Ensuring Dignity & Nondiscrimination/Schools states that “it is the intent of the General Assembly that students, teachers, administrators, and other school employees respect the dignity of others, acknowledge the right of others to express differing opinions, and foster and defend intellectual honesty, freedom of inquiry and instruction, and freedom of speech and association.”

In order to accomplish this aim, HB 324 would prohibit public schools from “promoting” the following concepts:

The bill makes it clear that the proscribed actions shall not infringe upon: free speech; the right of students to individually research and/or study these issues; or the assigning of materials that incorporate these concepts, as long as it is clear that the public school “does not sponsor, approve, or endorse such concepts or works.”

Senate President Pro Tempore Phil Berger (R-Rockingham) held a press conference earlier in the day to express his strong commitment to the passage of legislation that would address the teaching of critical race theory and other controversial concepts in North Carolina public schools.

According to the legislative calendar, HB 324 is “for discussion only,” and no formal votes are expected during today’s committee meeting. HB 324 passed the State House in mid-May.