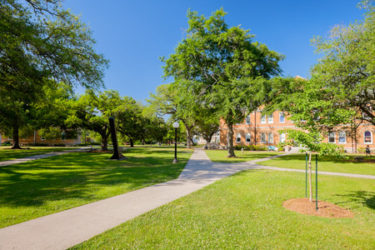 A measure designed to further protect free speech on public college campuses became law earlier this week, generating national praise. House Bill 527—Restore/Preserve Campus Free Speech— became law on Monday after Governor Roy Cooper took no action on the bill for 30 days after it was passed by the General Assembly. The law, which was sponsored by Rep. Chris Millis (R-Pender) and Rep. Jonathan Jordan (R-Ashe) and championed by Lt. Governor Dan Forest, directs the UNC Board of Governors to “adopt a policy on free expression” and to establish a committee on Free Expression.

“Today, with this bill becoming law, free speech will once again be restored and preserved,” stated Lt. Governor Dan Forest following the bill becoming law. “[This] new law ensures that our universities will follow the First Amendment and protect the rights of students, faculty, and guests to speak freely on all the issues of the day.”

There has been a rise in controversies on college campuses across the nation in recent years that have resulted in invited speakers cancelling events or not being allowed to speak due to threats or disruptive demonstrations. One example occurred in March, when a conservative political scientist and author was speaking at Middlebury College in Vermont, but was moved to another venue because he was being “shouted down by most of the more than 400 individuals packed into the room.” Watch that video here. After the venue was moved, some of the protestors pushed and shoved the speaker as he was being escorted away, with some rocking and pounding on the speaker’s car and jumping onto the hood. The professor moderating the event required medical treatment as a result of the attack.