Sports Gambling Is a Bad Bet 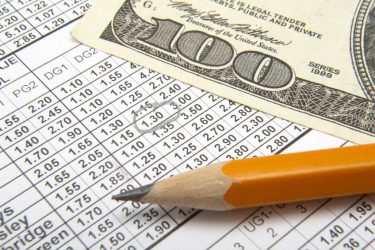 *This article originally appeared on the Colson Center for Christian Worldview’s BreakPoint Podcast on October 21, 2021, and is reprinted here with their permission*

Today is what some call “the professional sports equinox,” the one night of the year where the NBA, NHL, MLB, and the NFL all have games. For sports fans, it’s like Christmas, Easter, Labor Day, and the Fourth of July all rolled into one. And, because of the new culture-wide push for sports gambling, Friday morning may bring quite the hangover.

Between the non-stop commercials for DraftKings and FanDuel, and news segments on ESPN like Scott Van Pelt’s “Winners” (where the SportsCenter host not only discusses who he thinks will win but also what’s known as “the points spread”), we’ve clearly entered a new era in athletics. Sports gambling is now a national pastime that rivals the games themselves.

Betting on sports is, of course, nothing new, but the story of its growth and acceptance is a perfect example of how culture changes. More than two dozen states have legalized sports betting in recent years, and more are lining up. What once was relegated to physical establishments in seedier parts of town is now available, via technology, on everyone’s personal screens. No one has to place a bet, but the more it’s normalized, the more people will.

The growth of sports betting has already changed how we talk about sports. Just a few years ago, ESPN prohibited any mention of gambling on any of its shows. Now, entire segments are devoted to it, and no one is mad at Pete Rose anymore.

It’s changing the way we watch sports, too. A survey in 2018 found that 43 percent of all men ages 25 to 34 who watch sports on TV place at least one bet every week. That number is probably higher now since 2020 was a record-breaking year for sports betting. And online, gamblers can quickly bet on almost any aspect of the game, from final scores to individual plays to how long the National Anthem will last at the Super Bowl.

Even before it was made digitally omnipresent, sports gambling proved damaging to the integrity of sports. A few years ago, 15 percent of professional tennis players reported knowledge of tennis matches being fixed. Earlier this month, an investigation into the 2016 summer Olympics found that nearly a dozen boxing matches had been fixed during the games. In 2007, a now-infamous NBA referee went to prison after the FBI found him deliberately influencing the outcomes of games on which he, a compulsive gambler, had placed bets. Now that so much of our culture is saturated by sports gambling, it’s not difficult to imagine more players, more coaches, and more referees altering their performance to change outcomes, if only ever-so-slightly.

To be clear, though sports betting will likely ruin plenty of bank accounts, lives, and locker rooms, it isn’t significant enough to ruin America. It is, however, an expression of cultural undercurrents that can and will — in particular, our growing inability to delay gratification in order to live for the future.

Sports betting companies entice with the constant promise of a low-quality dopamine rush, whether from taking a financial risk or securing an elusive financial win. The possibility of the rush is available on every play. You don’t have to wait three hours to see which team wins, because you can be invested in every individual play. And, all of this is happening within a culture largely devoid of big ideas about the meaning or purpose of life. What truths are there anymore that we collectively find to be “self-evident,” other than our living from impulse and desire? What is there to point us to a narrative bigger than the immediate moment?

Instead, the lie implied and perpetuated as sports gambling expands is that those who bet on sports could win big. But, of course, gambling empires aren’t built on winners. You know the old adage: “The house always wins”? The internet hasn’t changed that.

Ubiquitous sports betting only complicates already dangerous dilemmas of modern society like smartphone addictions and rampant consumerism. Together, they all reflect that we are a culture trapped in the moment, unwilling and unable to delay gratification. This isn’t just a recipe for more gambling addiction, it’s a recipe for normalizing prolonged adolescence and self-indulgence, and that’s not a recipe for a sustainable future.