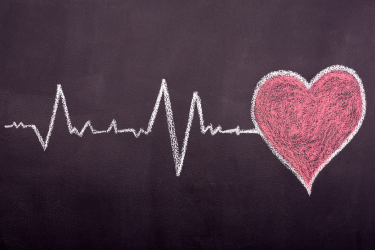 The six-week abortion ban, or “Heartbeat Bill,” was signed into law in 2021. It states that after heartbeat activity is detected during an ultrasound, abortion is prohibited, and any physician who violates the law faces a $10,000 fine and up to two years of imprisonment. Shortly after being enacted, the law was enjoined.

In early 2022, twenty-one states joined a friend of the court brief in support of South Carolina’s fetal heartbeat law, and after Roe v. Wade was overturned by the U.S. Supreme Court in 2022, the law briefly took effect. Unfortunately, it was enjoined again in August 2022 following legal actions taken by abortion providers. Despite the legal challenges, though, Speaker of the South Carolina House Murrell Smith explained that, “The law is the overwhelming will of the South Carolina Legislature, and therefore a reflection of the will of the people of this state.”

In the majority opinion ruling against this law, South Carolina Supreme Court Justice Kaye Hearn wrote, “We hold that our state constitutional right to privacy extends to a woman’s decision to have an abortion. The State unquestionably has the authority to limit the right of privacy that protects women from state interference with her decision, but any such limitation must be reasonable and it must be meaningful in that the time frames imposed must afford a woman sufficient time to determine she is pregnant and to take reasonable steps to terminate that pregnancy.” Planned Parenthood, one of the leading organizations who fought to block the law, is celebrating the increased accessibility to “abortion and other essential health services.”

“The S.C. State Supreme Court has read into a 1970 state constitutional amendment a similar overreach of the right to privacy created by SCOTUS’ 1973 Roe v. Wade decision,” said Dave Wilson, President of Palmetto Family Council, “It was not the intention of voters in 1970 to enshrine the right to an abortion into our state’s constitution.”

This decision will not be the end of the discussion surrounding abortion in South Carolina. Justice John Kittredge noted in his dissent that, “unless the South Carolina Constitution mandates a right to abortion, which it does not, the policy decision of our legislature should be upheld.” South Carolina Attorney General Alan Wilson furthers this, saying, “The Fetal Heartbeat Law is about protecting the lives of unborn children, but it’s also about protecting the Constitution and the rule of law. There’s nothing in the Constitution that justifies abortions and, in fact, we believe abortion violates the constitutional rights to life and equal protection.”

The Governor of South Carolina, Henry McMaster, tweeted about this decision, saying, “Our State Supreme Court has found a right in our Constitution which was never intended by the people of South Carolina. With this opinion, the Court has clearly exceeded its authority. The people have spoken through their elected representatives multiple times on this issue.”

The heartbeat law is not unique to South Carolina. Many other states such as Ohio and Georgia have adopted similar laws. NC Family is currently working with several organizations to pursue a heartbeat bill in North Carolina. (A notable distinction from the South Carolina case is that the North Carolina Constitution does not include a right to privacy provision.) Rough estimates predict that the enactment of such a law would curtail over 80% of abortions in our state.

The Dobbs decision went a long way in the pro-life movement by returning the abortion decision to the states, but as South Carolina has shown, the battle is far from over.