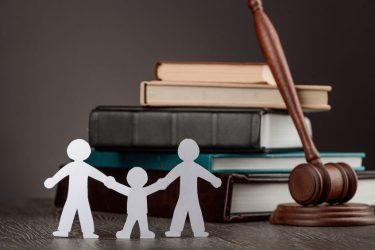 In a major win for school choice and religious liberty, the U.S. Supreme Court ruled on Tuesday that a Montana law preventing religious schools from participating in a state educational scholarship program was unconstitutional. The 5-4 ruling in the case of Espinoza v. Montana Department of Revenue found that the Montana Department of Revenue violated the Free Exercise Clause of the U.S. Constitution, because it prohibited parents from applying the Montana Tax Credit Scholarship to religious schools.

Montana is one of a number of states that long ago adopted an amendment to its constitution—often referred to as a “Blaine Amendment”—that “prohibits any aid to a school controlled by a ‘church, sect, or denomination.’” At the same time, the Free Exercise Clause of the U.S. Constitution “protects against laws that ‘penalize religious activity by denying any person an equal share of the rights, benefits, and privileges enjoyed by other citizens.”

In 2015, the Montana state legislature passed the Montana Tax Credit Scholarship Program to “provide tuition assistance to parents who send their children to private school.” This program gave Montanans a tax credit for contributions made to private organizations that administrated the educational scholarship program. Qualifying lower-income families were then able to apply for scholarships from these private organizations to be used at a private school of their choice. But when the Montana Department of Revenue implemented the program, it included a rule—Rule 1—that prohibited parents from using these scholarships at religious schools, presumably in an effort to comply with the state’s Blaine Amendment.

Thankfully, three Montana mothers who wanted to use the scholarships to help send their children to religious private schools challenged the rule. Their case came before the Montana Supreme Court in 2018. Instead of addressing the violation of the Free Exercise Clause of the U.S. Constitution, however, the court simply abolished the Tax Credit Scholarship Program altogether. The parents then appealed to the U.S. Supreme Court (SCOTUS), and in January of this year, the nation’s highest court heard oral arguments in the case.

In Tuesday’s opinion, SCOTUS reversed the Montana Supreme Court’s ruling and affirmed what we know to be true: religious organizations cannot be treated as second-class citizens when it comes to widely available public benefit programs. The majority opinion—authored by Chief Justice John Roberts and joined by Justices Alito, Thomas, Gorsuch, and Kavanaugh—stated, “This court has repeatedly upheld government programs that spend taxpayer funds on equal aid to religious observers and organizations … And the prohibition before us today burdens not only religious schools but also the families whose children attend or hope to attend them.”

“A State need not subsidize private education,” Roberts continued. “But once a State decides to do so, it cannot disqualify some private schools solely because they are religious.”

Justices Ginsburg, Kagan, Sotomayor, and Breyer dissented by arguing in part that there was no free exercise of religion violation because the Tax Credit Scholarship Program no longer exists, having been abolished by the Montana Supreme Court. This was the basis of much of the Montana Department of Revenue’s argument as well. Chief Justice Roberts and the other concurring justices addressed this dissent by pointing out that the Montana Legislature created the program, and it never chose to end it. “Rather, the Montana Supreme Court invalidated the program pursuant to a state law provision that expressly discriminates on the basis of religious status.” By following this state law rather than the Federal Constitution’s Supremacy Clause, Roberts concluded that the Montana Supreme Court failed to fulfill its duty to “not give effect to state laws that conflict with federal law.”