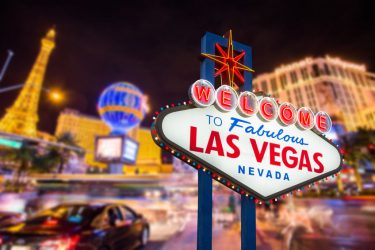 In another highly disappointing action, the U.S. Supreme Court has denied the request of a Nevada church to be treated the same as bars, breweries, bowling alleys, gyms, restaurants and even gambling casinos, when it comes to occupancy limits during the COVID-19 pandemic. A Nevada Governor’s order limits church gatherings to a maximum of 50 persons, while these other “privileged facilities” can operate at 50 percent of their maximum capacity (in some cases equaling thousands of patrons).

In his dissent, Justice Alito stated, “The Constitution guarantees the free exercise of religion. It says nothing about the freedom to play craps or blackjack, to feed tokens into a slot machine, or to engage in any other game of chance… We have a duty to defend the Constitution, and even a public health emergency does not absolve us of that responsibility.”

Justice Gorsuch commented, “In Nevada, it seems, it is better to be in entertainment than religion. Maybe that is nothing new. But the First Amendment prohibits such obvious discrimination against the exercise of religion. The world we inhabit today, with a pandemic upon us, poses unusual challenges. But there is no world in which the Constitution permits Nevada to favor Caesars Palace over Calvary Chapel.”

Justice Kavanaugh also responded, “…COVID–19 is not a blank check for a State to discriminate against religious people, religious organizations, and religious services… Nevada’s 50-person attendance cap on religious worship services puts praying at churches, synagogues, temples, and mosques on worse footing than eating at restaurants, drinking at bars, gambling at casinos, or biking at gyms. In other words, Nevada is discriminating against religion. And because the State has not offered a sufficient justification for doing so, that discrimination violates the First Amendment.” Unfortunately, a majority of the Justices did not agree!

As NC Family reported last week, the Catawba Indian Nation held a groundbreaking ceremony in Kings Mountain, NC for a highly controversial casino project the South Carolina-based Indian tribe hopes to build in North Carolina. A local group in Cleveland County, NC has started an online petition to urge Governor Roy Cooper to stand in opposition to this gambling casino. If you would like to express your opposition to the casino project, Click Here to sign the petition.