Protecting the Next Generation: Sex Education Then and Now 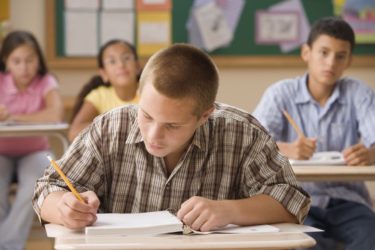 Sex education has been a widely debated topic in recent decades – and it remains a hot button issue today.

Changes in leadership at both the state and federal levels have brought about changes in the nature of sex education as well as changes in levels of funding for differing priorities. Generally speaking, there are two camps when it comes to sex education for middle and high school students: Sexual Risk Reduction (often referred to as “Comprehensive Sex Education” and favored by organizations such as Planned Parenthood) and Sexual Risk Avoidance (formerly known as “Abstinence Education”). Mary Anne Mosack, Executive Director of Ascend, whose organization works to defend and promote Sexual Risk Avoidance (SRA) education, says when teens delay sex, the benefits “cannot be overstated.” In fact, Mosack explains that teens who abstain from sex have “life-changing outcomes” such as better academic success and a greatly reduced risk of poverty.

Sex Education Battles In North Carolina
In North Carolina, conservative lawmakers and parents have fought to protect the “Abstinence Education” or SRA model (think, “A for Abstinence”), which became law in our state in the mid-1990’s. While there have been changes made to the law in recent years, the general framework remains intact, although somewhat weakened by additional language. Below is a timeline of the changes that have taken place in sex education in North Carolina law:

1995: Passage of Abstinence Education law, which required local schools to offer an “abstinence until marriage” program. “Abstinence from sexual activity outside of marriage” was (and still is) to be taught as the “expected standard” along with the “reasons, skills, and strategies” for choosing that standard. Comprehensive Sex Education could only be offered if requirements for parental review, a public hearing, and local approval were met.

2009: Passage of the Healthy Youth Act, which altered and added to existing law on sex education by first changing the description of the curriculum from “abstinence until marriage education” to “reproductive health and safety education.” The new provisions required local schools to provide instruction in seventh through ninth grades on how sexually transmitted diseases are transmitted. While teaching children about the dangers of STDs can be a helpful discussion, it often opens the door to graphic descriptions of sex acts that are inappropriate, especially for the age at which this was being taught.

Another new requirement mandated that they teach “the effectiveness and safety of all federal Food and Drug Administration (FDA)-approved methods of reducing the risk of contracting sexually transmitted diseases, and…of all FDA-approved contraceptive methods in preventing pregnancy.” While such instruction may sound harmless, it would include graphic descriptions and demonstrations of birth control methods. Additionally, students would be required to be taught about “sexual assault, sexual abuse, and risk reduction.” The term “risk reduction” can be problematic because it teaches from a perspective that it’s impossible to expect teens to remain sexually abstinent; therefore, it’s necessary to teach them the safest way to have sex.

Another addition, which proved to be more problematic than expected, was a requirement that all instruction be “objective and based upon scientific research that is peer reviewed and accepted by professionals and credentialed experts in the field of sexual health education.” Many of the terms in this part of the policy were open to wide-ranging interpretation and led to some administrators disqualifying excellent abstinence education programs.

The new law set only minimum standards for what would be taught, and gave wide-ranging authority to local school boards to “expand on the subject areas to be included in the program and on the instructional objectives to be met.” At the same time, it eliminated the requirement that school boards hold local hearings and seek community approval prior to Comprehensive Sex Education being implemented.

2015: Adoption of language that widened eligible curricula to include information that is “objective and based upon scientific research that is peer reviewed and accepted by professionals and credentialed experts” to not just include those in the field of sexual health education- but also those in the fields of adolescent psychology, behavioral counseling, medicine, human anatomy, biology, ethics, or health education.”  This was helpful to those wishing to teach SRA/Abstinence Education as it clarified who was considered a professional or expert in the field of sex education.

2017: North Carolina lawmakers passed important additions to the statutes, adding “induced abortion” to the list of preventable risks for preterm birth in subsequent pregnancies. This introduced scientific evidence into state law stating that induced abortions were shown to be a known factor in premature births in subsequent pregnancies, a point that abortion supporters have never conceded. Another addition to the law required instruction on sex trafficking prevention and awareness.

Sex Education at the Federal Level
In an in-depth overview of sex education in America since 1900, Valerie Huber and Michael Firmin explain that the onset of sex education in America was birthed out of the sexual revolution and the need to curtail out of wedlock pregnancies. By the 1980’s, opponents of teaching sex education in schools turned to “Abstinence Until Marriage Education” as an alternative to so-called “safe sex” methods of instruction. In 1981, President Reagan signed “Adolescent Family Life” into law to encourage teen sexual abstinence. President Clinton signed the first state block grant for Abstinence Education into law in 1996, which included provisions that mandated that all programs funded by the law teach the benefits of sexual abstinence until marriage. In the coming years, however, Comprehensive Sex Education was given priority in funding, and by 2010, President Obama eliminated funding for Abstinence Education completely. Funding priorities shifted exclusively to Comprehensive Sex Education, funneling millions of dollars annually to groups such as SHIFT NC, which promote the Comprehensive Sex Education model advocating so-called “safe sex” among teens.

A New Era
While there have been discouraging setbacks in sex education in North Carolina and nationally, recent reports from the Trump Administration give us a renewed hope for the future of Abstinence/Sexual Risk Avoidance programs in America. This year, the Trump Administration cut over $200 million in grant funding from Obama-era teen pregnancy prevention programs. Additionally, the U.S. Department of Health and Human Services is launching a $10 million research study that will investigate the effectiveness of the Teen Pregnancy Prevention Program created by President Obama in 2010. Among many other passionate Abstinence Education advocates serving in the current Administration are former Ascend Executive Director Valerie Huber, who has been appointed as Chief of Staff for the Office of the Assistant Secretary of Health at the U. S. Department of Health and Human Services.

We hope you have found this overview to be helpful in putting North Carolina’s current sex education policy in historical context. This perspective will be useful as NC Family examines, in upcoming articles, some disturbing new efforts to impose a sex education curriculum and agenda that would undermine abstinence education in all 100 counties in our state.