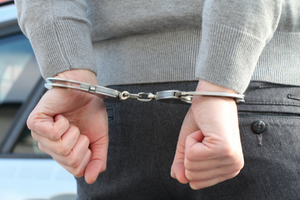 In a victory for religious freedom and First Amendment rights, Love Life ministry in Charlotte has reached a settlement with Guilford County in a lawsuit against the county and the City of Greensboro. The lawsuit, which was filed on behalf of the ministry by our friends at Alliance Defending Freedom, came after several Love Life representatives were arrested in April 2020 for peacefully praying outside an abortion clinic in Greensboro.

According to ADF’s press release on the settlement, law enforcement officials arrested the peaceful protestors because “they violated the county’s emergency proclamation related to COVID-19.” ADF argued that members of Love Life had, in fact, carefully adhered to all the provisions of the proclamation. They pointed out that Love Life members stood on public property outside A Woman’s Choice abortion clinic to pray, and ensured that “fewer than 10 individuals were present […] that they were spaced at least six feet apart, and that they were equipped with sanitizer, as required by the social distancing provisions of the proclamation.”

Despite these precautions and compliance with the county COVID-19 proclamation, the Love Life representatives were arrested and threatened with 60 days in jail and a $1,000 fine. Within two weeks after the arrest, ADF filed the lawsuit, and the case—Global Impact Ministries v. City of Greensboro—officially reached a settlement last week.

The settlement states that Guilford County will pay $15,000 in legal fees to the pro-life members, and that any future stay-at-home orders passed by the county will uphold citizens’ First Amendment rights. Due to this settlement, ADF has filed a voluntary dismissal relating to Guilford County, although the case against the City of Greensboro remains active.

NC Family congratulates Love Life and our friends at ADF on this settlement, and we will continue to update you as the lawsuit against Greensboro continues.