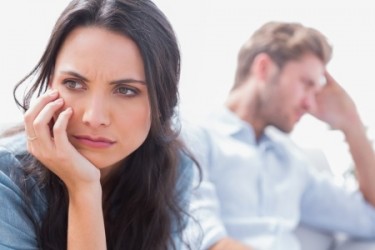 A pregnancy resource center is suing the City of Raleigh after the City Council denied a rezoning request that would have allowed the center to open an additional location next door to an abortion clinic on Jones Franklin Road. A Hand of Hope Pregnancy Resource Center purchased a private residence in December 2015, adjacent to A Preferred Women’s Health Center abortion clinic. The lawsuit contends that Hand of Hope’s requested use of the property is consistent with other development in the area and that the City’s denial was “arbitrary and capricious.”

According to documentation, Hand of Hope staff followed City of Raleigh guidelines for rezoning:

Despite these favorable recommendations, the City Council voted on July 5, 2016 to deny the application. According toRaleighPublicRecords.org, Mayor Pro Tem Kay Crowder read a prepared statement claiming the rezoning was inconsistent with several land use policies.

Hand of Hope’s mission, as restated in the suit, is to “affirm the value of life from conception by compassionately sharing the gospel of Jesus Christ; and assisting individuals facing the challenges of an unplanned pregnancy, to minister to the emotional and spiritual needs resulting from abortion to miscarriage and to promote sexual abstinence until marriage.”

The lawsuit alleges the Raleigh City Council’s decision “caused Hand of Hope immediate injury and infringed upon its exercise of its constitutionally protected freedoms and religious land use.” The suit specifically points to violations of Hand of Hope’s First Amendment rights to religious expression; the recognized Constitutional right of women to acquire useful knowledge about pregnancy; and the Constitutional right of equal protection under the law by treating Hand of Hope’s use of the property differently from “similarly situated organizations…based upon their religious convictions or viewpoints on abortion.”

It asks for a declaratory judgment of the Constitutional violations by the City of Raleigh, as well as a preliminary and permanent injunction against the action of the City and for the City to pay damages and fees to House of Hope.