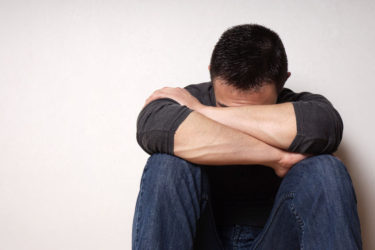 On June 8, the Centers for Disease Control (CDC) released a report on suicide in America. In a tragic coincidence, that was just three days after Kate Spade’s suicide and the same day as Anthony Bourdain’s. Sadly, they’re not the only ones. In 2016, almost 45,000 Americans took their own lives.

It’s not just the sheer numbers that make the CDC report sobering. Some of the statistics are shocking.  Suicide in America rose by 30 percent from 1999-2016. In addition, 25 states saw increases of more than 30 percent, and every single state in the country saw an increase over that time period with the lone exception of Nevada, which had a particularly high rate to begin with. North Carolina’s suicide rate rose by almost 13 percent over the period.

There’s a lot of demographic breakdown in the report: 77 percent of those who commit suicide are men, for example; 84 percent are white; 45-64 year-olds account for a higher percentage of suicides than any other age group.

Here’s the statistic that surprised me most though: 54 percent of those who committed suicide had no known mental health condition. Less than a quarter of those disclosed any intent to commit suicide. Less than a quarter had any known history of ideation. Only 10 percent had previous suicide attempts.

All of which paints a picture of people whose suicides came seemingly without much warning. Better and greater access to mental health care might be the answer for people with known mental illness, history of suicide attempts, or articulated intent, but what about the rest?

The study also looked at more detailed data about the circumstances that preceded suicides. Of those with no known mental health condition, some of the greatest numbers seem to be people who had a “relationship problem or loss” or an “intimate partner problem.” Personal health crises and job or financial problems also feature prominently.

Those relationship and intimate partner problems particularly caught my eye. I think it’s because, as anyone who’s ever been in a relationship can attest, they are indeed tremendously difficult, but they’re also almost universal. Everyone deals with relationship problems. What’s causing increasing numbers of people to find themselves unable to see any way out but to end their lives?

I wonder if part of the answer doesn’t lie in another study published in May. Cigna and Ipsos conducted a survey of 20,000 American adults to look at loneliness. They found that: 27 percent rarely or never feel that there are people who understand them; 24 percent rarely or never feel they can find companionship when they want it; and 19 percent don’t feel there are people they can turn to.

The numbers of people who sometimes or always feel lonely are much higher: 50 percent plus or minus a few points depending on exactly how you ask the question. But it’s the quarter or so of American adults who seem to rarely or never feel connected that I find particularly concerning. That sounds like deep isolation. Could it be that this loneliness is contributing to the increase in suicide, to the inability to work through life’s most difficult places? Many have argued that it is.

But the loneliness report also held some hopeful nuggets. In particular, family seems to be very important. People who don’t spend enough time with family are the most likely to feel lonely, while those who spend the right amount of time see their loneliness drop significantly. There’s a similar impact where people have regular, meaningful, one-on-one interactions with other people, whether family or friends. Worryingly, 10 percent report that they have these sorts of interactions less than once a month, and their loneliness scores are much higher than those who have meaningful interactions frequently.

All of this is why policies that support strong families, churches and communities are so important. It’s literally a matter of life and death. Stronger families won’t cure all loneliness and eliminate all suicide. Both issues are far more complicated than that. But strong families, compassionate churches, and healthy communities are an important part of how we can address this rapid and dramatic increase in suicide rates across North Carolina and the country.