POV: Hybrid Homeschools On The Rise in NC 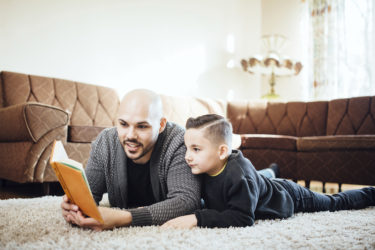 Something significant happened during the 2013-14 school year. For the first time, there were more children in homeschools in North Carolina than there were in private schools. Homeschooling continues to grow in popularity, and quickly. In 2016-17, there were almost 128,000 students in homeschools in North Carolina, which was an 8 percent increase over the year before. In three of the last five years, there have been double-digit percentage increases in the numbers of homeschool students.

In addition to all these homeschoolers, there are nearly 98,000 students in private schools across North Carolina, and those numbers are also increasing.

Just over 97,000 students were enrolled in charter schools last year, with another estimated 55,000 on waiting lists. Charter schools are public schools that run independent of local school boards and school districts.

All of this indicates a strong desire from parents for alternatives to traditional public schools, so it’s exciting to see new, innovative models emerging to offer parents more choices.

University-Model schools are one such alternative that has appeared over recent years, a sort-of hybrid of homeschool and private school. There are lots of hybrid models, but University-Model is one of the larger, better-organized systems. Basically, elementary school students go to a central classroom two days a week where they receive instruction from professional educators. They spend the other three days at home in their “satellite classrooms,” where parents oversee and guide their children in the coursework assigned by those professional teachers at the central classroom. Middle schoolers generally shift to three days in the central classroom with two days at home, and high school is more like a college structure, with specific classes offered in 60-90 minute blocks throughout the week.

University-Model is interesting because there’s an established college preparatory curriculum that’s delivered by teachers in accredited schools. Parents who haven’t seen a science textbook in twenty years don’t have to try to figure out how to teach physics. The coursework is guided, so parents know their kids are on pace and they get time outside of their homes to interact with other children and adults. But parents remain heavily involved. Kids are at home a lot, and the whole model assumes that parents will be actively involved in guiding their children’s education.

There are two important premises of University-Model schools that make them particularly attractive. One is that education is the responsibility of parents, not schools, the state, or the school district. University-Model schools employ professional teachers, but they see their job as helping and supporting parents, not taking that responsibility away from them. They see this as a biblical approach, citing Deuteronomy 6:6-7 where parents are told, “And these words that I command you today shall be on your heart. You shall teach them diligently to your children, and shall talk of them when you sit in your house, and when you walk by the way, and when you lie down, and when you rise.”

Which leads us to the second premise: that education isn’t just about math, English, and history, but also about spiritual, character, and worldview formation. University-Model is deliberate about creating space and time for parents to invest in discipling their children. Deuteronomy talks about instruction that isn’t 8 a.m. to 3 p.m. Monday through Friday in a set classroom, but that is life lived with children, constantly teaching and directing. University-Model seeks to apply those principles to all areas of a child’s education, including, but not limited to, academics.

There are eleven University-Model schools in North Carolina. I expect more will pop up, and I wish them success. It’s not that I think this particular model has it all figured out, and I don’t think it will be the right approach for every family. But I do fundamentally agree with their underlying principles. Education should ultimately be the responsibility of parents, not schools – whether that’s through parents directly delivering the education through a homeschool, using a hybrid like University-Model, choosing a private school, or being engaged in their children’s local public schools.