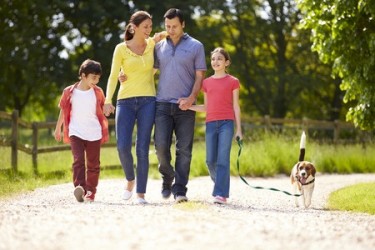 A major focus of the 2015 Legislative Session was how to improve North Carolina’s economy. Lawmakers hashed out the usual ideas—everything from creating better jobs to the benefits of lowering taxes—and some of these proposals became law. But the policy debate overlooked one key factor that matters even more to the prosperity of North Carolina—the condition of our families.

Leaving the health of the family out of fiscal policy discussions is a glaring omission that could cost states and families a more prosperous future, according to a recent study released October 21 by the American Enterprise Institute (AEI) and the Institute for Family Studies (IFS). The study, Strong Families, Prosperous States, found that “higher levels of marriage—and especially married parenthood—are strongly associated with more economic growth, more economic mobility, less child poverty, and higher median family income.”

During a recent AEI event that launched the report’s findings, one of the lead authors, W. Bradford Wilcox, noted that poor children in North and South Carolina have “a much lower chance of making it into the middle class [and] upper class, in part because there are fewer married-parent families” compared to other states such as Utah or North Dakota, which have higher levels of married parent families. ‬‬‬‬‬‬‬‬‬‬‬‬ Graphic from the American Enterprise Institute, 2015

In the report, North Carolina is ranked 32nd in the nation for married-parent families, a fact that is also linked to our ranking as one of the lowest states for upward economic mobility (or the opportunity that poor children have of moving into the middle or upper class as adults). As the report explains, “upward economic mobility is more attainable in states where more parents are married. In states with comparatively few married families, the American Dream is in worse shape.”

To help states strengthen marriage, the report proposes four policy ideas, including ending the marriage penalty in means-tested welfare programs, and strengthening vocational education and apprenticeships. But it also recommends two policy changes that are not typically considered in state economic policy debates:

The big takeaway for North Carolina from the report is that healthy families matter to healthy economies, and states can no longer afford to ignore the critical link between family structure and economic well-being. If we want to have a more prosperous state, and give every North Carolina child the best opportunity for a successful future, then we need to enact policies that strengthen marriage and encourage married parenthood.