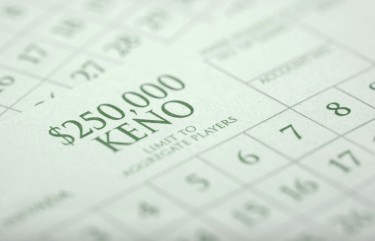 Gambling is a business based on people losing money. Warren Buffett, widely regarded as one of the most successful investors in the world, has described gambling as “a tax on ignorance.” Increasingly, across the country, state governments have legalized gambling on lotteries and in casinos without much thought to the negative impacts. Thirty years ago, there were few lotteries, and casinos existed only in Las Vegas and Atlantic City. Currently, 43 states have some form of lottery, and there are over 500 casinos in 28 states. The growth of gambling has been remarkable in these past 30 years. Gambling has transformed itself from a “sinful” pursuit to one that is now generally considered acceptable and, in this process, society has paid a great cost.

On November 28, 2011, North Carolina Governor Beverly Perdue signed an agreement with the Eastern Band of Cherokee Indians that authorizes live table gambling at its casino. In support of this compact, Gov. Perdue claims, “this will mean additional dollars going directly to school districts,” and “an economic boost for western North Carolina.” Both the North Carolina School Board Association and the Asheville Area Chamber of Commerce praised the agreement, citing the direction of funding to education and the addition of 400 jobs to the local economy.

The supposed solutions that expanded gambling in North Carolina would bring are a politically expedient fix-all to complex problems. It is far easier to raise money through tribal gambling revenue than it would be to raise taxes on an unwilling public or to cut spending through the legislature. Many states that have casinos are facing budget crises similar to those states without casinos. Since the North Carolina General Assembly has already codified gambling, which is recognized by many as a nuisance and an offense against public morals, it should be asked: will the expanded legalization of gambling promote better government? Will it make communities and families stronger? Will it build a strong foundation for sustainable economic growth? Or will it cost the state more than it will benefit?

On February 28, 2012, the North Carolina Lottery Commission received a demonstration of keno games as part of the Commission’s decision-making process on whether to add the game to the lottery’s options. Lottery administrators introduced the idea of adding keno to the lottery’s games as part of an effort to increase lottery revenue by encouraging a “whole new set of folks” to engage in the state-sanctioned gambling operation. This is not surprising considering a finding by the National Gambling Impact Study Commission (NGISC) that when lottery revenues in a state plateau, states often look “to expand their inventory to include ever-more controversial sources of income, such as video keno.”

The NGISC describes keno as a game that “requires bettors to choose a few numbers out of a larger group of numbers, with drawings held quite often, sometimes several times an hour. The payoff is a function of how many numbers the bettor chose, which corresponds to the probability of winning in each case.” Among the arguments against the introduction of keno as part of North Carolina’s state-run lottery are the following statistics:

As evidenced by the introductory sentence of the U.S. Constitution, the American government was instituted “to promote the general Welfare and secure the Blessings of Liberty” for all citizens, not merely a few. Government-sponsored gambling is contrary to this aim. While many may not be harmed, some will be utterly destroyed. The effects of gambling on families are well-documented and extensive. The expansion of gambling into more and larger communities will further the breakdown of the family unit and lead to more pathological gamblers.

Addiction. The American Psychiatric Association recognizes pathological gambling as a medical disorder very similar to alcohol and drug addiction. A 1999 study revealed that fully 7.5 million of the 125 million Americans who gambled at least once a year had some sort of gambling problem, and another 15 million were classified as “at risk” of developing a problem. The prevalence of pathological and problem gamblers roughly doubles within 50 miles of a gambling facility. A survey of Gamblers Anonymous members found that 48 percent had considered suicide, and 13 percent had attempted to kill themselves as a way out of the financial dilemma caused by their problem gambling. Along with the rise in the incidence of suicide related to gambling, increases in divorce, child abuse and neglect, and domestic violence have been documented.

Family Disharmony. The National Gambling Impact Study Commission (NGISC) reported that it received “abundant testimony and evidence that compulsive gambling introduces a greatly heightened level of stress and tension into marriages and families, often culminating in divorce and other manifestations of familial disharmony.” Problem gamblers face nearly double the average rate of divorce compared to non-gamblers. In some communities, such as in Harrison County, Mississippi, the number of divorces has tripled since the introduction of casinos.

Threats to Children. The NGISC also reported that, “the children of compulsive gamblers are often prone to suffer abuse, as well as neglect, as a result of parental problem or pathological gambling.” During a 14-month period, Indiana’s gaming commission records revealed that 72 children were found abandoned on casino premises. Children have died, not only from abandonment due to their parent’s gambling, but also from being killed to support their parent’s problem gambling. While their guardians gambled, children in Louisiana and South Carolina died after being locked in hot cars for hours. A mother in Illinois was sentenced to 21 years in prison for killing her daughter to collect insurance money to continue her gambling addiction.

Domestic Violence and Other Crimes. The increase in domestic violence has been connected to the introduction of casinos in several communities and, according to the National Research Council, between one quarter and one half of spouses of compulsive gamblers have been abused. On Mississippi’s Gulf Coast, increases in the request for assistance from domestic violence shelters ranged from 100 to 300 percent after the introduction of casinos. Within five years of the opening of casinos, the community in which the casino opened had an average 10 percent increase in the number of robberies, aggravated assaults, auto thefts, burglaries, larcenies and rapes. The expansion of gambling in North Carolina will likely follow the same trends that have been seen in other states.

The opening of casinos would likely create new gamblers and prompt many residents to gamble more often. David Jonas, the former president and chief operating officer of the Parx Casino in Bensalem, Pennsylvania, said recently at a gambling conference that many gamblers come in an average of three to four times a week and that most live within 20 miles of the casino. The Pennsylvania Council on Compulsive Gambling reported that the number of calls into their problem gambling hotline increased by 26 percent in the first quarter of last year. North Carolina must expect the same drain on its communities, despite Governor Perdue’s predictions of more jobs and tax revenues from the expansion of casinos.

Family and Community Finances. Casinos seldom bring new money into communities’ economies and have little net ancillary economic impact as residents substitute gambling for purchases of other goods and services. Nobel Prize-winning economist Paul Samuelson wrote in his canonical textbook Economics that gambling “involves simply the sterile transfers of money or goods between individuals, creating no new money or goods.” Simply put, “Gambling subtracts from the national income.” In 2006, Americans lost $91 billion on gambling. This reallocation of funds results in very little new spending, as well as, expenditures being diverted from restaurants, malls, and movie theatres, or in extreme cases, food, rent, heat, and child support.

Government Finances. Not only does gambling eat away at resources within a gambler’s family, it also reduces what the state would collect as tax revenues. Casinos are a poor substitute for a strong, stable tax base, and the increased revenue that comes from gambling often comes at the expense of sales tax revenue. Casinos cannibalize other forms of spending from which the states take a cut, says Alan Mallach, a visiting scholar at the Federal Reserve Bank in Philadelphia. North Carolina has already decided to partly rely on the lottery for revenue directed towards education, but some of this revenue would be lost because of the expansion of casinos. A 2002 study found that a state would lose 83 cents of income from the lottery to every dollar gained through casinos. Gambling may represent a fiscal benefit in the short run, but it does not necessarily reduce budget problems in the long run.

State expenditures on education and other programs tend to grow at a higher rate than both the growth of general tax receipts and the rate of gambling growth. According to Census data, states’ overall tax revenues rose approximately 65 percent from 1998 through 2008. For this same period, gambling revenues rose by approximately 60 percent, and much of this growth is attributable to gaming expansion. After accounting for such expansion, revenue from previously existing operations was likely in the range of 40 percent or less. Thus, if North Carolina is expecting to introduce casino expansion to pay for normal increases in state spending, she may be sorely disappointed. Instead of alleviating short-term budget woes, this expansion may set up the State for long-term budget imbalances.

In totality, allowing North Carolina to expand gaming operations is a bad bet. The saying goes that “the house always wins.” If casino gambling is expanded in the Old North State, the gambling industry, not North Carolina, would win. Expanded gambling in the state will inevitably and adversely impact local economies, as well as prove detrimental in the long-term to the state budget. The imprudent choice of expanding gambling will encourage personal recklessness, increase crime, and destroy many families. The gambling losers build the gambling industry, not those who win. This is a game that is not worth playing.