PERSPECTIVE: The Truth about RFRA 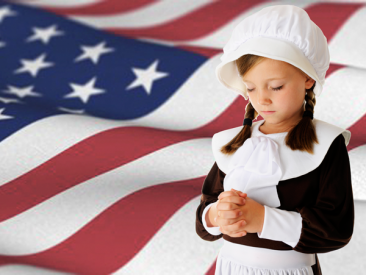 As citizens of the United States of America, we are tremendously blessed to live in the freest nation on earth. At its most fundamental roots, our country was founded on the principle of religious liberty. Our forefathers came to the shores of this land in order to escape religious persecution and the dictates of the Crown of England that forced subjects of the government to abide by a specific set of religious beliefs and practices.

Accordingly, the First Amendment to our nation’s founding document, the U.S. Constitution, states, “Congress shall make no law respecting an establishment of religion, or prohibiting the free exercise thereof….”

Moreover, Article 1, Section 13 of the North Carolina Constitution reads, “All persons have a natural and inalienable right to worship Almighty God according to the dictates of their own consciences, and no human authority shall, in any case whatever, control or interfere with the rights of conscience.”

The Religious Freedom Restoration Act (introduced in the North Carolina Senate as SB 550 and in the North Carolina House as HB 348) would codify, or place into our state statutes, an acknowledgement of this fundamental right to religious liberty. It would also establish a uniform method of resolving disputes when an individual believes the government, through a state law, local ordinance, or rule, has infringed upon their religious liberty.

RFRA simply provides an avenue for these disputes to be resolved in a court of law. Ultimately, the court will balance the religious liberty claims of the individual against the “compelling interest” of the state in enacting the law, ordinance or rule, and then make a determination. RFRA does not guarantee the outcome; it simply provides a fair and balanced method for determining an outcome when an individual believes “a human authority” (i.e. the government) has interfered with his or her “rights of conscience.”

RFRA applies equally to all citizens of all faiths. It does not choose favorites; it does not pick winners and losers; and it absolutely does not “legalize discrimination” as opponents have ranted. RFRA is entirely impartial, because the courts ultimately determine whether a compelling state interest supersedes a religious liberty claim or vice versa.

If our nation is to remain the freest country on the planet, we must continue to respect, protect and defend each individual’s “inalienable right to worship Almighty God according to the dictates of his or her own consciences,” and RFRA is designed to do just that.

If we fail in this most foundational endeavor, religious oppression and persecution will become the norm, and our nation will no longer be a beacon of truth and liberty in the world. At some point, our descendants may be forced to flee America’s shores in search of a land where they can freely celebrate their religious beliefs and live out their faith day-to-day.

As you ponder this, please consider how fortunate we are to live in a country that still regards religious liberty as an inalienable right of every citizen, and commit to work and pray for the continuance of this most cherished blessing for the sake of our nation!