Opportunity Scholarship Grants to be Issued Next Week 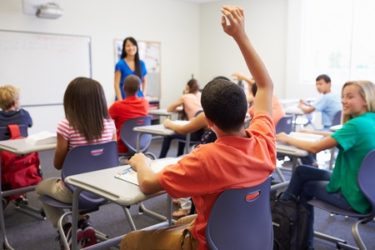 Despite an ongoing lawsuit challenging the program, North Carolina’s Opportunity Scholarship Grants, that will enable eligible lower-income students in North Carolina to attend the non-public school of their choice, are scheduled for distribution on August 15. Superior Court Judge Robert Hobgood, on July 30, denied a request that would have prevented the State from distributing the grants for the 2014 fall semester. Although he is the same judge who issued an injunction in February that halted the Opportunity Scholarship program, the State Supreme Court took action in May that overturned his injunction. As a result, the North Carolina State Education Assistance Authority was able to hold a random selection lottery in June to identify the recipients of roughly 2,400 available scholarships. More than 5,500 grant applications had been submitted.

In a News & Observer report, Judge Hobgood stated that his July decision allowing the funds to be distributed hinged on the Supreme Court’s earlier ruling to overturn the injunction he had placed on the program. According to Hobgood, the Supreme Court “has given us all a clue” of how they are likely to rule if the case reaches them again. “If taxpayer money goes out before the date of the hearing, then I’m just following what the Supreme Court has told me to do,” Judge Hobgood said, recognizing “they’re the Supreme Court, and I’m a superior court judge.”

The judge has set August 22 as the date for a ruling on the merits of the case challenging the program. Attorneys for both sides are scheduled to present their arguments before him in a hearing on August 19. Also in his ruling on July 30, Judge Hobgood granted a motion by state legislative leaders, Senate President Pro Tem Phil Berger (R-Rockingham) and House Speaker Thom Tillis (R-Mecklenburg), to intervene as defendants in the lawsuit.

In related news, state lawmakers finalized a state budget last week, which includes an additional $840,000 for these scholarship grants. According to Parents for Educational Freedom in North Carolina, that money will provide approximately 400 more Opportunity Scholarships for “low-income students in the Spring 2015 semester with priority going to those who applied for the Opportunity Scholarship Program but did not receive a scholarship for the Fall 2014 semester due to high demand.”