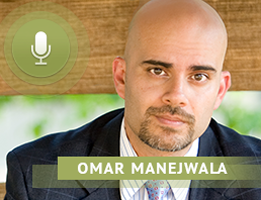 A new report released this week shows North Carolina as one of only 14 states in the nation making significant improvements seeking to stem opioid abuse and overdose deaths. That’s no reason to celebrate however, considering that all accounts show the opioid epidemic in North Carolina and nationwide is still escalating. The report by the National Safety Council, called “Prescription Nation 2018,” describes the numbers as “terrifying.”

The report credits North Carolina with making gains in the areas of:

Dr. Omar Manejwala is an expert on addiction in North Carolina. He is Chief Medical Officer at Catasys in Charlotte, and he put the current opioid crisis in historical perspective in an interview with NC Family President John Rustin on this week’s Family Policy Matters radio show and podcast. “Nationally, we had about 64,000 overdose deaths in 2016, and all the evidence points to the fact that that has increased in 2017 and in early 2018. So just to put that in perspective: That’s more Americans than died from gun violence; it’s more than died from vehicle accidents; it’s more than died from HIV and AIDS; it’s actually more deaths than the Vietnam and Iraq wars combined, which is staggering.”

Manejwala said North Carolina continues to lose about four people a day from overdose deaths. This death rate appears to be continuing unabated despite efforts to pull back the supply of opioids in our state. Manejwala says that may be due in large part to an abundant oversupply of unused painkillers in private homes that are stolen or taken, then abused or sold on the streets.

In addition, Manejwala says, North Carolina has “one of the lowest rates of doctors who are certified to prescribe effective treatments for [opioid addiction]. It’s not the worst rate but we’re among the lowest in terms of providers able to help people in crisis.”

Who’s most at risk?
Genetics plays a big part but Manejwala says an opioid addiction can and does affect people on all spectrums of our society. However, “there are some risk factors: Men are slightly more at risk than women; The highest risks we see are between the ages of 16 and 45; And then some really, really strong risk factors are having sexual abuse as a pre-adolescent […] or having a personal history of some other addiction, or even a family history of addiction is a risk factor; And then really, really strong risk factors are depression, anxiety and other mental illnesses; And in both North Carolina and the United States right now, whites are more likely to become addicted to opioids than other races, followed by Native Americans and indigenous peoples. But again, it really can affect anybody.”

Manejwala says opioid addiction is a fatal illness if not treated. “It does progress. It doesn’t get better. It gets worse, unless we intervene.” Therefore, it’s vital to not keep this problem a secret. “In so many communities, I see shame and stigma and fear and wanting to keep this private and not get help. So, I would say the number one recommendation I would have is get help. Don’t be afraid to talk about it. Treatment can be effective. You do need support and to talk about it. […] That can really make a difference.”

You can hear tips on how to spot drug abuse in your friends and loved ones and what to do if you need treatment for yourself or someone you love by listening or reading the transcript of this week’s radio show and podcast interview with Dr. Manejwala. There are several ways to listen to the show, entitled, “Turning Back The Tide Of The Opioid Epidemic.”

The most recent Family North Carolina magazine also has an extensive feature story on the opioid crisis called, “Families Fighting Back: The unsung heroes of the opioid crisis.” You can access this article and all of our magazine articles online at ncfamily.org.