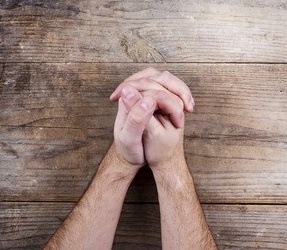 A majority of North Carolinians—regardless of gender, age, race or political affiliation—support marriage as defined in the N.C. Constitution and support religious liberty protection for public officials, when it comes to marriage. As the fallout from last week’s Supreme Court marriage ruling continues to settle, the John W. Pope Civitas Institute released its June 2015 poll results on June 29, which included two questions related to marriage laws and religious liberty. More North Carolinians support North Carolina’s constitutional definition of marriage today than voted for the Marriage Amendment in 2012.

“These results show how out of step the Supreme Court is not only with natural law and reason, but with North Carolinians,” said John L. Rustin, president of the North Carolina Family Policy Council. “Despite a very concerted attack by many on marriage and religious freedom, this poll confirms that these attacks are being pushed by a small, but vocal, minority. We will continue to stand up for the large majority of all North Carolinians, regardless of gender, age, race, or political affiliation, who still support marriage and religious freedom even in the face of such a cultural onslaught.”

On the question “Do you support the State Constitution, which defines marriage as between one man and one woman,” nearly two-thirds (64 percent) of all participants responded affirmatively. Additionally:

On the religious freedom question, 63 percent of North Carolinians disagree with “state government court officials, such as register of deeds, who oppose same sex marriage on religious grounds, [being] compelled to perform and certify same sex marriages, even if it clearly violates an individual’s religious convictions,” Additionally:

These numbers reflect support for North Carolina’s marriage amendment has gained support since its passage in 2012 when 61 percent of voters placed the definition of marriage as the union of one man and one woman in the State Constitution. The U.S. Supreme Court ruled just last week that all states must recognize and issue same-sex “marriage” licenses, regardless of what individual state statutes or constitutions say on the matter.