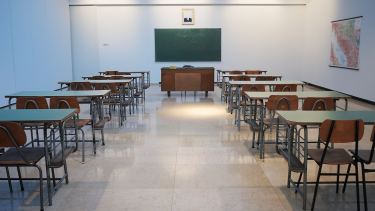 Alliance Defending Freedom has filed a lawsuit against the North Carolina Department of Public Instruction on behalf of Dr. David Phillips, an English professor who was fired after teaching three optional seminars at the North Carolina Governor’s School critiquing critical race theory.

According to a complaint filed in Wake County Superior Court by ADF, Dr. Phillips is a well-respected English professor who has spent eight summers teaching at the North Carolina Governor’s School, a residential summer program for some of the state’s most talented rising high-school seniors. The school, according to its website, covers a variety of subjects and, “Focuses on the exploration of the most recent ideas and concepts in each discipline.” In the summer of 2021, Dr. Phillips offered any student or staff member three optional seminars where he critiqued critical race theory. He was fired shortly thereafter in the middle of the session with no explanation. He has always encouraged students to think for themselves, and wanted to challenge students to really evaluate this theory that is popping up all over education. These seminars were met with hostility from students, but despite this, Dr. Phillips stayed long after the allotted time to answer questions, and even offered to meet with some of the students to discuss the topic further.

Critical theory, which has become an increasingly popular topic in the school setting, looks at characteristics like race or sex and labels groups as either victims or oppressors based solely on group membership. It is closely linked with The Frankfurt School and Marxist ideologies. Many are concerned about the way that advocates are using critical theory to rewrite history, along with the division that comes with viewing everyone in terms of ‘victim’ and ‘oppressor.’ Even bigger than this, though, is the concern regarding Dr. Phillips’ free speech rights, and the punishment he has experienced after offering an optional seminar where he shared his thoughts and opinions on a popular topic.

“In an academic environment committed to exploring a wide range of differing viewpoints, as the Governor’s School claims to be, no teacher should be fired for offering a reasoned critique of critical theory. But that’s what happened to Dr. Phillips,” said ADF Senior Counsel Hal Frampton. “There is no lawful explanation for the way North Carolina public school officials treated Dr. Phillips. He was beloved, respected, and regarded by both students and faculty as an advocate for students who felt that their voices weren’t being heard and their perspectives weren’t welcomed at the Governor’s School. By firing him, the Governor’s School violated his constitutional right to free speech and unlawfully retaliated against him for deviating from the Governor’s School’s ideological orthodoxy.”

NC Family will be closely monitoring this case and will report on any significant developments.