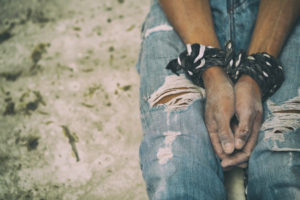 The Charlotte-Mecklenburg Police Department, in coordination with the FBI, recently rescued 150 runaway and trafficked children and young adults in the Charlotte, NC area. These rescued youth were then aided by Project NO REST, a statewide initiative that helps raise awareness and enhance North Carolina’s response to human trafficking.

Shawna Pagano’s organization, Pat’s Place, works closely with Project NO REST and serves as a one-stop shop for child victims of human trafficking and abuse, providing medical, mental, and legal support. Pagano joins host Traci DeVette Griggs on this week’s episode of the Family Policy Matters radio show and podcast to discuss our state’s fight against human trafficking and share how parents can protect their children from this dangerous industry.

“One of the greatest myths that has permeated human trafficking for years is that victims are primarily those from other countries,” notes Pagano. “And honestly, the message I really want to get across is that victims of trafficking can be anyone. It doesn’t matter who it is.”

Pagano shares that many of those 150 rescued children in Charlotte had run away from home, and runaways are often targets of human traffickers. “Parents are most concerned about their children being kidnapped, and we rarely see that.” Instead, traffickers target children online, in schools, or even in their neighborhoods.

Tune in to Family Policy Matters this week to hear Shawna Pagano share more about her organization’s work to fight human trafficking in North Carolina, and how we can all help in that effort. 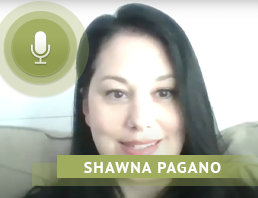 TRACI DEVETTE GRIGGS: Thanks for joining us this week for Family Policy Matters. Pat’s Place has served as the lead agency for Project NO REST in Mecklenburg County. Project NO REST is a statewide initiative of the UNC-Chapel Hill School of Social Work designed to increase awareness and enhance the response to human trafficking of North Carolina youth and young adults.

SHAWNA PAGANO: Hi, thanks for having me.

TRACI DEVETTE GRIGGS: It’s rather shocking to hear that North Carolina has historically been one of the worst states in the nation for human trafficking. Why is that, and are we seeing some improvement?

TRACI DEVETTE GRIGGS: Right. It is possible then—to be fair—it is possible that the state has done a really good job of getting the information out about how this can be reported. That possibly even the tip line has been promoted better than in other places, and that we’re actually just reaching more of these people. To be fair, that could be the case as well, right? But we do know we have a problem.

SHAWNA PAGANO: We have a problem, but there are other factors that influence the number of calls to that hotline.

TRACI DEVETTE GRIGGS: One of the goals of Project NO REST, which your organization is associated with, was to identify best practices for response to human trafficking. What have you found that works best in the Charlotte area?

SHAWNA PAGANO: Responding to human trafficking takes a collaborative effort. It really does take all facets of the community working together. The needs of victims, as we’ll discuss later, is a very exhaustive list. So, it takes a strong commitment from that community to really make trafficking, or response to human trafficking, a priority. And having elected officials that also make that a priority makes an impact in that community because that attitude permeates throughout the entire community.

TRACI DEVETTE GRIGGS: Pat’s Place focuses on an approach of a “one-stop shop” for victims of abuse. Is that a unique approach do you think?

TRACI DEVETTE GRIGGS: A little bit about public policy. The North Carolina General Assembly has passed several bills in the past few years, trying to address the issue of human trafficking in our state. Are you seeing some impact from that?

SHAWNA PAGANO: One of the biggest impacts I see was from a change with Session Law 218-75, and it amended the definition of an abused juvenile in North Carolina. Prior to this law, a child who was abused by someone other than a parent or a guardian was not investigated by Social Services. And so children who are being trafficked by a trafficker who was not a parent were not included in that definition. So many of these children were falling through the cracks and the family needed support and they needed resources. And so that was one of the biggest changes I saw, was allowing human trafficking of anyone under the age of 18 to meet the legal definition of an abused juvenile, no matter who the abuser is, and really allow Social Services to help that family and provide some support, guidance, and some oversight. And North Carolina is one of only a handful of states with that legal definition.

The other thing we’ve seen is Session Law 2019-158. It was a very necessary law in that it provided the opportunity for victims of human trafficking to expunge their criminal records for non-violent offenses. And the reason that’s important is because oftentimes victims of trafficking are forced to participate in criminal acts by their trafficker. And these criminal records make it very challenging for a survivor of trafficking to, you know, find housing and employment and other really necessary things to be successful. Allowing those charges to be vacated or expunged was a very needed remedy.

TRACI DEVETTE GRIGGS: Are these often immigrants who are being trafficked, or are they local kids?

TRACI DEVETTE GRIGGS: Wow, that’s amazing. I think many of us may think that human trafficking is happening to people who are shipped in from overseas or people who maybe are here without legal status, and so they are more vulnerable. But what you’re saying is that it could be our next-door neighbor teenager, or our own child.

SHAWNA PAGANO: One of the greatest myths that has permeated human trafficking for years is that victims are primarily those from other countries. And honestly, the message I really want to get across is that victims of trafficking can be anyone. It doesn’t matter who it is. We see it in rural, suburban, urban areas, in affluent neighborhoods, all socioeconomic statuses and races. This idea that it’s only people shipped in here is really just not true.

TRACI DEVETTE GRIGGS: Talk more about the needs that you see. You mentioned some of the ways that this is being addressed in North Carolina. Are there some suggestions or recommendations for how you would like to see it continue to be addressed?

SHAWNA PAGANO: I’ll speak to policy and legislation first. Currently there is an effort to change legislation to allow those who buy sex from children to be charged with trafficking. Legally, a minor cannot consent to a commercial sex act, meaning they cannot consent to sexual activity in exchange for anything of value. A person buying sex from a child—it’s essentially statutory rape—needs to be held accountable and treated as a trafficker, in fact, because they are furthering the sex trafficking industry. Session Law 2019-158 did try to address this, but the statute’s a bit muddy and needs clarification. One of the things that I understand is happening is that there is an effort to clear that up, which is definitely a positive, and hopefully that will pass with flying colors. And honestly, when you have an adult that’s engaging in sex with a child, we consider that child abuse. But if they somehow pay for that, somehow there’s lesser penalties, and that just needs to be clarified.

TRACI DEVETTE GRIGGS: Parents, teachers, and community leaders, we all need to be more aware as well. So, tell us what some of the biggest risk factors are that we should all be aware of when it comes to young people being targeted for trafficking.

SHAWNA PAGANO: Traffickers target a child’s vulnerability, and that can be anything. If a child is looking for love and acceptance, a trafficker will offer that by pretending to be that child’s boyfriend. If a young person is living on the street and needs food or ride or shelter, then a trafficker will use that. But what I see most often is a teen who runs away from home and meets people who introduce them to a trafficker, or to a life where they might be exploited, or a young person may meet someone online. But sometimes when they meet a person online, they’ll meet a trafficker who promises them everything in the world and then exploits them through trafficking. So really if there’s just any vulnerability that can be used against that youth, a trafficker will do it.

TRACI DEVETTE GRIGGS: That sounds like a parent’s nightmare. Is there a most important thing, or things that you can advise parents that they can do to protect their children from being at risk?

SHAWNA PAGANO: Absolutely. I would say the first thing parents can do is educate themselves on what trafficking really looks like and how it really happens. Parents are most concerned about their children being kidnapped, and we rarely see that. We see children who are targeted online, in schools, by other youth in their neighborhood. And so when parents understand how trafficking happens, then they can have educated conversations with their children about what the children can be looking for, what children can be aware of. Telling kids just to watch out for strangers is not the answer. One of the other things I really encourage parents to do is be vigilant in monitoring your child’s online behavior, since that is where many of the children and youth I work with connect with others who intend to harm them.

TRACI DEVETTE GRIGGS: Are there any bright spots? I know back in May, over 150 missing children were rescued safely; it was a joint operation between local and federal law enforcement agencies. Was that a bright spot? And how can we repeat that?

SHAWNA PAGANO: That operation was the first time an operation like that had been conducted in Charlotte. So, kudos to Charlotte-Mecklenburg police department for taking that initiative. The missing children in that statistic include children who have run away. Not all of those recovered youth were victims of human trafficking, so that’s a good thing. There were some, but many of those kids had run away. When those children are identified, they could be provided services to address challenges within the family that might have contributed to them running away. One of the great things about these operations is the fact that you identify children and families who might need support, and then you can offer that. That’s a great point is that these operations provide a way for us to really surround that family if they are interested. And again, not all of those youth were victims of human trafficking. There were some, but I do see most of these I work with who are victims of human trafficking have a history of running away. I would say that what that operation highlights is the need for targeted runaway prevention and intervention efforts.

TRACI DEVETTE GRIGGS: Well, we’re just about out of time for this week but before we go, Shawna Pagano, where can our listeners go to learn more about Pat’s Place?

SHAWNA PAGANO: They can go to our website, which is patsplacecac.org. All of our information, our contact information is there, as well as a lot of training opportunities that we offer for anyone in the community who’s interested in hearing more about child abuse or human trafficking.

TRACI DEVETTE GRIGGS: Shawna Pagano, thank you so much for your good work and for being with us on Family Policy Matters.