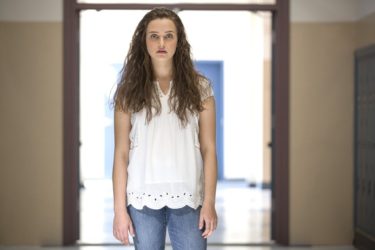 The controversial new Netflix series, “13 Reasons Why,” has catapulted the issue of teen suicide to the forefront of public conversations. The series, which walks viewers through 13 reasons why a teenage girl took her own life, was released in its entirety on March 31, 2017 and has prompted school systems across the nation—including Wake County, North Carolina’s largest school system—to issue alerts to parents. The fear is that watching the series may encourage teen suicide.

According to the Centers for Disease Control, “exposure to the suicidal behavior of others” is one of the top risk factors for suicide. Others to watch out for are: family history of suicide, depression or mental illness, alcohol and drug abuse, stressful life events or loss, and easy access to lethal methods.

Suicide is the third leading cause of death for young people ages 10 to 24, claiming 4,600 lives nationwide each year. More startling is that most young people survive suicide attempts. Each year, approximately 157,000 in this age group are treated in emergency rooms for self-inflicted injuries. Boys are most likely to die from suicide: 81 percent of suicide deaths in this age range are from boys. However, girls are more likely to attempt suicide. North Carolina’s suicide rate is at the national average of 13.6 per 100,000.

Mental Health experts are urging parents and school personnel to take this opportunity to have discussions regarding suicide with teens and those who exhibit the above risk factors. They also warn parents to be aware of this new television series and make an intentional decision about whether your child should watch it. The Centers for Disease Control has a suicide prevention page that has good information and a host of resources for parents, and a Preventing Suicide Toolkit for high schools.

The North Carolina House recently passed a bill, HB 285, that would provide two hours of training for all school personnel to help them recognize suicide risk factors and be prepared to intervene and refer students who show tendencies toward suicide. The bill has been sent to the NC Senate for consideration.