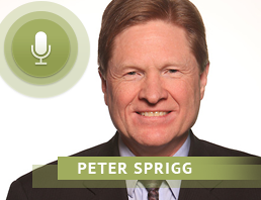 INTRODUCTION: Thanks for joining us this week for Family Policy Matters. Our guest today is Peter Sprigg, Senior Fellow for Policy Studies at Family Research Council in Washington, D.C.

Today, we will be talking with Peter about a new resource FRC has created to help parents navigate the increasingly public and confrontational transgender movement that we’re seeing in today’s culture, especially in school settings, where issues of access to bathrooms, locker rooms and showers have often taken center stage.

Peter is the author of Outrage: How Gay Activists and Liberal Judges are Trashing Democracy to Redefine Marriage, and he is editor of FRC’s agenda-setting booklet 25 Pro-Family Policy Goals for the Nation.

Peter, welcome back to Family Policy Matters, it’s always great to have you on the show.

PETER SPRIGG: Thank you for having me.

JOHN RUSTIN: Well Peter, what led you and the Family Research Council to create this Parent’s Guide to the Transgender Movement in Education?

PETER SPRIGG: We realized that this is one of those issues that while maybe not every parent has encountered it yet, when they do it strikes very close to home. And it’s something that is very important to them dealing with their children’s education. So, either their child may have actually encountered a transgender person, have a student or a staff member or even faculty member in their school who identifies as transgender, or they have seen new policies adopted or a new curriculum adopted that basically promotes this. And so this is a significant concern to parents who are exposed to that. So, we at Family Research Council have done several papers, policy papers in the last year or so on this transgender movement, getting into depth on the research and so forth with lots of footnotes indicating the sources and so forth. But we felt the need for a publication that was a little bit more simple directed specifically at parents and telling them, answering their questions, “What do I do?” “What should I do about this?” and “What do I have to understand about this to be able to communicate effectively?” So this Parent’s Guide to the Transgender Movement in Education is written at a very simple level, it doesn’t have a lot of footnotes, you can get that in our other publications, but hopefully it answers a lot of the questions that parents may have as this issue is exploding in our schools.

JOHN RUSTIN: It absolutely is exploding, and as many of our listeners will recall the Obama Administration issued what they referred to as a “guidance letter,” but it really was bordering on a mandate of sorts. But Peter, let’s start, for the benefit of our listeners, by defining some of these key terms that we talk about in this conversation, like the words “sex,” “gender” and “transgender” what do these terms mean?

PETER SPRIGG: Sex has always meant, and should continue to be defined as referring to a person’s biological sex at birth. And that’s indicated by a number of factors, there are internal sex organs, there are external genitalia, and there is the chromosomal makeup which is found in every cell of a person’s body. And those three indicators, internal, external and genetic, are in the vast majority of people, entirely consistent. So the transgender activists refer to the sex someone is “assigned” at birth, but that’s ludicrous. People’s biological sex is identified at birth and is immutable. Now, however, there has been this growing trend to discuss a person’s “gender identity” as something distinct from their biological sex, and identify that some people either wish they were, or want to be, or even consider themselves to be of the gender, male or female, that is not, that does not match their biological sex. And when that is the case, when someone identifies as the opposite of their biological sex, or does not identify with their biological sex, then they are referred to as a transgender person. Now, transgender is a kind of umbrella term which encompasses what used to be called, we used to use the term transsexual, but that was generally referred to people who had actually had surgery to alter their bodies to make it look like their intended gender. But nowadays there are many people who identify as transgender who have never had any surgery to alter their bodies, or they’ve only had partial surgery, and so surgery is not considered a condition for someone to be able to identify as the opposite sex, or as transgender.

JOHN RUSTIN: Peter, how is identifying as transgender different from having a legitimate biological anomaly like being “inter-sexed” or having a “disorder of sexual development?”

PETER SPRIGG: Right, this is something that is often thrown into the debate when we talk about this to maybe create a little bit more sympathy for people struggling with their sex or their gender identity, but the fact is there are some rare conditions known as “inter-sexed” conditions, or “disorders of sexual development” (DSDs) where there is ambiguity or conflict between some of those indicators that I mentioned, the person’s internal sex organs, external genitalia or chromosomes in their cells, where they do not match exactly in terms of one sex or the other. However, the important point to remember is those people deserve compassion, certainly as anyone else who has a congenital, physical or anatomical problem should. But the important thing to know is that the vast majority of people who identify as transgender are not inter-sexed, they are people whose indicators of biological sex are entirely normal and entirely consistent and it is only a psychological condition which causes them to wish to be the opposite sex. So that’s important to distinguish those two situations.

JOHN RUSTIN: Peter, the conversation about how to accommodate students who identify as transgendered is often couched in language about the application of Federal Title IX. For the benefit of our listeners, what does Title IX say and how does it apply to transgenderism?

JOHN RUSTIN: Peter, for many parents discussing this topic with our children can be a bit disconcerting. How do you recommend that parents approach conversations with their children about transgender issues, and at what age should these conversation start?

PETER SPRIGG: You need to talk with them and get a sense of what it is that they have heard, what it is that they understand and how they feel about it, and then proceed from there. And I began, although you know we are a public policy organization, but we are a Christian organization as well, and I think with Christian parents you have to begin with scripture and the story of creation. Genesis 1:27 says, “God created man in His own image, in the image of God he created him, male and female he created them.” Here’s a very short but profound verse which indicates that our maleness and femaleness is an essential part of our humanity as God made us, it’s good to be male and it’s good to be female, in either case we bear the image of God. But we don’t have the right to change our sex, male or female, that God has given us because it’s part of His creative order. So it all has to begin with those core principles in the creation.

JOHN RUSTIN: Great. Peter, many parents, as you have alluded to, have had the unpleasant experience of a child bringing home a book, a homework assignment, or some other task about these very sensitive topics without advance notice to the parents or without the parents permission. What should parents look for from schools and how should they respond if something troublesome presents itself?

PETER SPRIGG: This is what occupies a significant portion of this pamphlet, is advice, kind of a step-by-step how to, how to address these issues and how to appeal something that is concerning to you through the proper channels of authority in the school system. So, the first step is always going to be talking to the teacher, you want to talk to the classroom teacher who is introducing this material, or has discussed it. And find out first from them what is the source. Now it doesn’t do any good to go in and be angry with the teacher if the teacher has no choice in the matter, and is just implementing a policy that has been adopted at the school system level. So, but on the other hand it maybe that the teacher is someone with an agenda of his or her own, and is injecting things into the class that is not mandated by the school system, so you need to know the difference. And then, if you’re not satisfied with the discussion with the teacher or the teacher isn’t able to give you satisfaction, you go to the principal in the school. If you’re not satisfied with the principal you can appeal to the superintendent. If you don’t get satisfaction from the superintendent you can go to the school board; generally an elected body. And at that point, that’s the point at which you may have to become citizen activist and really go public with your concerns. But, it’s important to go through that sort of chain of command first.

JOHN RUSTIN: We completely agree and are strong believers in the chain of command, and really recommend that to folks when they call us with problems like this. First go to the teacher, then move up that chain of command, and it may as you say, it may take you eventually to the school board, to elected officials, and even to the state legislature to address a problem that has been encountered, but those we believe as you have stated are really the proper methods to work through. It may take a little bit of time and effort, but you make sure you’re going to the people who can enact change, who can really address directly the questions or the problems that have arisen.

Unfortunately Peter, we are just about out of time for this week but I want to give you an opportunity to let our listeners know where they can go to get a copy of Parent’s Guide to the Transgender Movement in Education, and learn more about FRC and also how to prepare for and protect themselves and their children against these unfortunate and contentious encounters.

PETER SPRIGG: The best place to go is to our website which is frc.org, frc for Family Research Council, and this particular pamphlet is available PDF version online at the moment. We are going to be producing printed copies of it, but right now it’s online at frc.org/gender, just the word “gender” after frc.org/gender, so that’s how they can obtain this pamphlet right now.

JOHN RUSTIN: Great, Peter thank you for sharing that, and listeners I want to encourage you to take advantage of this resource. FRC does great work and we’re very consider it a real privilege to partner with them and are excited to have had this opportunity to talk with Peter about this very important issue. If it is not something that has confronted you yet, it certainly is coming your way and will likely do so very soon, so be prepared, and even if you don’t have children who are in K-12, or even in college, you are likely to encounter this with grandchildren or with friends and parents of children that you know in your community, at your church or whatnot, so please avail yourself of this very valuable resource.

And with that Peter Sprigg, I want to thank you so much for being with us on Family Policy Matters. We’re very grateful for you, and thank you for all your great work.

PETER SPRIGG: Thank you and thanks for your work in North Carolina as well.