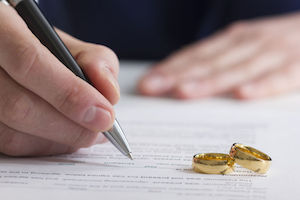 A no-fault divorce allows one spouse to unilaterally file for divorce, without citing any grounds. Couples most often cite “irreconcilable differences” as the cause for divorce, yet research indicates that couples do not always agree that divorce is the desired outcome.

Why Does This Matter?

The introduction of no-fault divorce has compromised the idea of a life-long commitment to marriage. Marriage too often has become more about feelings and happiness than true love and dedication. The mentality that marriage should continue only as long as it remains “fulfilling,” referred to as the “soulmate model of marriage,” has contributed to decreasing rates of marital satisfaction. As NC Family has reported before and numerous studies confirm, children of divorce are negatively affected, suffering “increased rates of teen suicide, juvenile crime, declining school performance, teen pregnancy, mental health struggles.” At times, divorce involves fault as in instances of abuse, infidelity, or abandonment, but allowing no-fault divorce has undermined the foundational institution of marriage.

The Supreme Court of Nebraska’s ruling could have significant ramifications not only for Nebraska, but also our nation at large. If the Nebraska Supreme Court rules that no-fault divorce is unconstitutional, this could possibly set the stage for other courts to do the same.

The defendant’s attorney, who is challenging the constitutionality of no-fault divorce, is scheduled to appear before the Supreme Court of Nebraska on September 3, 2020.

NC Family will keep you posted as this story continues to unfold.