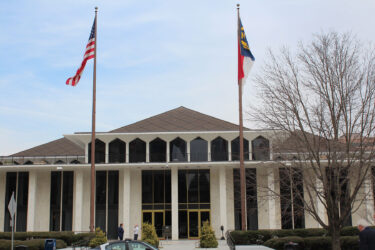 The North Carolina General Assembly was back in session today, after taking last week off for the July 4th holiday. As state lawmakers resume their work, a primary focus will be reaching agreement on a state budget for the 2021-22 fiscal year. Although SB 105—2021 Appropriations Act was approved by the State Senate on June 25, it has yet to receive a vote in the House.

2021 is also the first year of the two-year legislative biennium, and because North Carolina does not have session limits, there is no telling how long this “long legislative session” may last. In addition to the budget, there are a number of other significant bills of interest that are awaiting action from the General Assembly. The following is a status update on a few of those:

SANCTITY OF HUMAN LIFE: HB 453—Human Life Nondiscrimination Act/No Eugenics: You have likely heard much about this bill as it moved through both chambers of the legislature before being vetoed by Governor Roy Cooper on June 25. HB 453 would prevent a physician from performing an abortion if he or she knows the mother is seeking the abortion because of the presumed race or sex of the baby, or a diagnosis of Down Syndrome. NC Family is working with other bill proponents to secure the three-fifths supermajority vote necessary in both chambers to override the Governor’s veto. A veto override vote is likely to take place in the House within the next two weeks, so please keep an eye out for an alert from NC Family to contact your legislators in support of the veto override!

Additionally, SB 405—Born-Alive Abortion Survivors Protection Act passed the State Senate in May, and awaits action in the House. When a baby is born alive after a failed abortion attempt, this bill would require any health care practitioner who is present to administer the same care they would render to preserve the life and health of any other baby born at that age—and to transfer that baby to a hospital. A nearly identical bill passed the General Assembly in 2019, but was vetoed by Governor Cooper.

MARIJUANA LEGLIZATION: SB 711—NC Compassionate Care Act would legalize marijuana for medical use in North Carolina. SB 711 passed the Senate Judiciary Committee on July 1 and is scheduled for consideration in the Senate Finance Committee next Tuesday, July 20. Support from several leading Republican lawmakers in the Senate has given this bill more attention and traction than similar bills have received in prior legislative sessions.

WOMEN’S SPORTS: HB 358—Save Women’s Sports Act aims to protect the integrity of women’s sports by prohibiting biological males from competing on female sports teams. The bill specifies that athletic teams in middle school, high school, college, community college, and universities are to be designated—based on biological sex—as either male, female or coed. While this bill has appeared before the House Judiciary 1 Committee for discussion, no votes have been taken on it.

GAMBLING: A number of significant gambling-related bills have been introduced this session. HB 326—ENOUGH/Gaming Machines would crack down on illegal video gaming in North Carolina by raising the penalty for illegal possession of certain gaming machines, and broadening what constitutes an illegal video gaming machine. HB 326 passed the House Commerce Committee in May, and awaits action by the House Judiciary 1 Committee.

SB 498—Gaming Machine Enforcement Act is a direct reversal from the previously mentioned bill, and would allow the State Lottery Commission to oversee and regulate the operation of up to 34,000 “video gaming terminals” or VGTs across the state offering video poker, video blackjack, and other electronic gambling. The bill was filed in the Senate, but has not seen any action.

HB 631—Sports Wagering, and companion bill SB 688, would legalize sports betting across North Carolina for professional, collegiate, electronic, and amateur sporting events. These bills have not seen any movement in either chamber.

Finally, SB 629—North Carolina Derby Act would encourage expansion of the equine industry in North Carolina but also establish a “North Carolina Racing Office” within the State Lottery Commission, that would be “vested with control of all horse racing in the State and with power to adopt rules under which racing and wagering shall be conducted.” This bill currently resides in the Senate Rules Committee and has seen no action.

Be sure to visit the NC Family Action Center to learn more about many of these bill and to contact your state legislators about them.