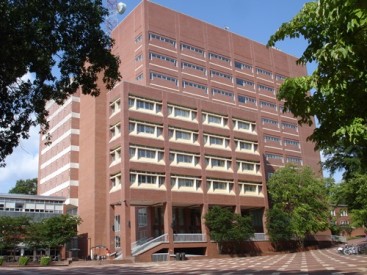 The North Carolina House of Representatives took action last week to help further protect free speech on public college campuses in North Carolina. House Bill 527, entitled, Restore/Preserve Campus Free Speech, directs The University of North Carolina Board of Governors to “develop and adopt a policy on free expression” for its constituent institutions. House Speaker Tim Moore stated this would help preserve “First Amendment protections at public universities.” The bill, sponsored by Rep. Chris Millis (R-Pender) and Rep. Jonathan Jordan (R-Ashe), passed the House by an 88-32 vote and was sent to the NC Senate.

This is welcome news to many, due to a recent rise in controversies on college campuses across the nation that have resulted in invited speakers cancelling events or not being allowed to speak due to threats or disruptive demonstrations. In March, a conservative political scientist and author was speaking at Middlebury College in Vermont, but was moved to another venue because he was being “shouted down by most of the more than 400 individuals packed into the room.” Watch that video here. After the venue was moved, some of the protestors pushed and shoved the speaker as he was being escorted away, with some rocking and pounding on the speaker’s car and jumping onto the hood. The professor moderating the event required medical treatment as a result of the attack.

Campus free speech challenges have also occurred within North Carolina. Last April, NC State University was sued by one of its students for a policy that restricted free speech. The group of students alleged that he university was requiring them to obtain permits to hand out information or speak about their faith to people they didn’t know. The University eventually changed its policy.

North Carolina leaders are taking action to ensure that similar events do not occur in the future.  “It is critical that we reverse the trend of free speech being impeded on public university campuses in North Carolina and preempt further violations of those rights,” Millis said.

The bill must first pass through the committee process on the Senate side, pass the full Senate, and be signed by Governor Roy Cooper before it becomes law. Be sure to follow NC Family via email updates and like us on Facebook for updates on the progress of this bill.