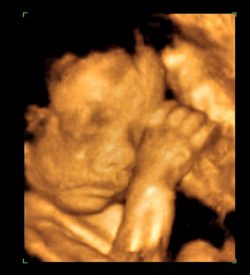 NC Family has joined more than 85 pro-life groups urging the Trump administration to fulfill a top pro-life priority that would keep some taxpayer money from going to Planned Parenthood and other abortion providers. In a letter sent yesterday to the Department of Health and Human Services (HHS), the coalition asked HHS Secretary Alex Azar to “act swiftly to disentangle abortion centers from the Title X network.”

“We should not be sending taxpayer dollars to abortionists like Planned Parenthood,” said NC Family President John Rustin. “NC Family is proud to join pro-life champions across the country in urging the Trump Administration to enact this common sense regulation that could save countless lives.”

The pro-life coalition has requested the administration adopt a Reagan-era regulation that would prevent Title X funding from going to providers that perform or refer for abortion. This would not decrease any Title X funding, but would reallocate the funding to non-abortion providers. Under President Reagan this regulation was challenged in court but was upheld by the U.S. Supreme Court in 1991 in Rust v. Sullivan.

Among those who signed onto the letter were national and state pro-life leaders, such as

NC Family will continue to monitor the situation and update you as soon as there is new information.