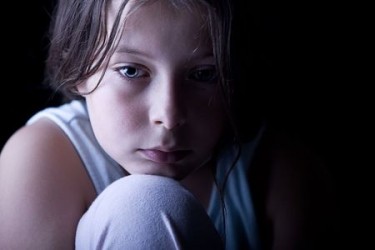 For the second year in a row, North Carolina has earned a “B” grade for it continued efforts to combat the scourge of child sex trafficking. The Tar Heel State is one of 20 states to earn a B for its child sex trafficking laws in the fifth annual “Protected Innocence Challenge” report from the national anti-human trafficking group Shared Hope International. The report “grades the states on 41 key legislative components” needed to “effectively respond to the crime of domestic minor sex trafficking.”

While North Carolina’s grade (and total score of 80) is unchanged from 2014, it is much improved from previous years. North Carolina earned a D from Shared Hope in both 2011 and 2012, but improved to a C in 2013, following the General Assembly’s enactment of two key laws: S683—Safe Harbor/Victims of Human Trafficking and S122—Sex Trafficking/Sex Offender Registration.

In this year’s Shared Hope report, North Carolina also earned a B for its “Legislative Advancements” as one of 42 states to enact legislation in 2015 to curb domestic minor sex trafficking in 2015. In fact, the General Assembly acted on several provisions related to sex trafficking during the most recent legislative session, including SB 279—Amend Qualifications/Practice of Counseling, which requires local boards of education to include lessons on sex trafficking prevention and awareness as part of sex education programs. Another law enacted last session is HB 134—Soliciting Prostitution/Immunity for Minors, which clarifies that “a minor who is soliciting as a prostitute” is immune from being prosecuted for prostitution. Instead, the minor will be treated as a victim and “taken into temporary protective custody as an undisciplined juvenile.” It also requires law enforcement to begin an investigation (within 24 hours) of whether child abuse or neglect has occurred.

For information on ministries in North Carolina that are reaching out to help victims of sex trafficking, check out Brittany Farrell’s article, “Darkness to Light: NC Ministries Serve Trafficking Victims,” which appeared in the Spring 2015 Issue of Family North Carolina magazine.