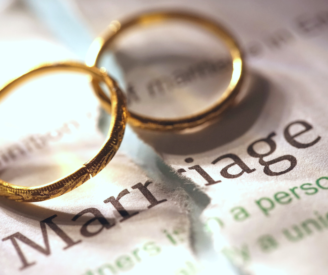 The North Carolina Court of Appeals recently ruled in favor of a plaintiff who was seeking damages against another man who intruded into his marriage, damaged his marital relationship with his wife, and committed adultery with her. In its opinion, the Court clarified changes to the so-called “heartbalm torts” of “alienation of affection” and “criminal conversation.” Although most other states have abolished these torts, or civil actions, NC Family has fought for two decades to maintain them in North Carolina, even as recently as the 2021-2022 Legislative Session.

In short, these torts allow an aggrieved spouse to seek damages against a third-party “paramour” who: (1) intrudes into a marriage where love and affection is present, and, through wrongful and malicious interference, causes the loss of love and affection between the spouses (alienation of affection); and/or (2) commits adultery with the married person’s husband or wife (criminal conversation). In 2009, the N.C. General Assembly amended the law so that post-separation acts between a paramour and a spouse cannot serve as the sole basis for bringing one of these actions.

In Beavers v. McMican the Court of Appeals clarified this change by saying that a case for alienation of affection and criminal conversation could continue when post-separation conduct is used to prove pre-separation conduct, so long as the latter is not mere conjecture. In a concurring opinion, Judge Chris Dillon provided several reasons for keeping these heartbalm actions intact. In a 30-page dissenting opinion, former Democratic State House Minority Leader and now State Court of Appeals Judge Darren Jackson, argued that these torts are inextricably linked to a bigoted early history and should be abolished. Judge Dillon’s opinion reconciles this history with the tort’s present existence as an important measure to protect marriages and to provide a legal remedy for aggrieved spouses against those who intrude into their marriages.

The cultural and legal history of these torts cannot and should not be overlooked. Originally, only men could bring these actions against third parties who wrongfully and maliciously interfered with their marriage. This limitation was rooted in the idea that a man’s wife was his property, giving him a cause of action if a third party interfered with his “chattel.” As Judge Dillon explains, however, the proper response to the historical limitation of certain rights and remedies is not to eliminate them but to expand them to all citizens. For example, the right to vote, to enter contracts, and to own property, though historically limited, have been extended rather than done away with. The Married Women’s Property Acts upended the historical blemish of “wife-as-chattel,” and extended property rights and the right to sue to women.

Eliminating these rights altogether would not have struck the balance of righting historical wrongs, but rather would have deprived all citizens of important legal rights. It would be similarly odd to deprive all spouses of the remedy and deterrent effect heartbalm torts offer because only some individuals were initially able to take advantage of them. Recognizing this wrong more than 100 years ago, North Carolina explicitly extended the right to sue for heartbalm actions to women in Brown v. Brown (1897).

For Judge Jackson, the torts are inherently rooted in the concept of spouse-as-property, and thus should be abolished by the court. This sentiment overlooks the importance of the remedy these torts provide, the modern application of these laws in our present society, and the limited scope of the judiciary. Ironically, Judge Jackson finds the frequency that these torts are pursued by aggrieved spouses and the repeatedly failed legislative attempts to abolish them as reasons to abolish them rather than to preserve them. His conclusion would supplant the role of the state legislature to make laws and place this authority clearly in the hands of the judiciary, even after the General Assembly considered and rejected a bill just last year to abolish the torts.

As Judge Dillon states: “[judges] should not allow [their] general opinions about heartbalm torts to interfere with [their] duty to fairly evaluate evidence when determining whether a plaintiff is entitled to have her claims involving these torts heard by a jury.” In other words, Judge Jackson’s analysis in this case should be based on the facts of the case and established law, not his own personal view of the torts. Nonetheless, Judge Jackson rejects the interpretation and application of the law by the majority of the Court of Appeals, which found the plaintiff’s evidence of post-separation conduct could be sufficient to establish pre-separation conduct.

This case provides helpful guidance on the statutory interpretation of the heartbalm torts. Aggrieved spouses can use post-separation acts to verify pre-separation conduct. It also shows the continued viability of these torts as a remedy and deterrent against wrongful and malicious interference into marriage by a third party. At the very least, defendants who are found liable for their action under these torts will not likely interfere into any marriages in the future. And despite the “misogynistic” origin of the torts, the reality is that these actions are now equally available to be pursued by men and women against men and women, making the “spouse-as-property” argument simply a distraction. These considerations underlie the necessity of preserving these torts in North Carolina, and until further action by the State General Assembly or a contrary opinion by the North Carolina Supreme Court, these heartbalm torts remain alive and well in North Carolina.