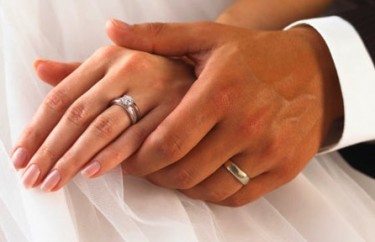 The N.C. House Judiciary 2 Committee rejected a bill yesterday that, in effect, would have legalized adultery in North Carolina by abolishing the civil action of “Criminal Conversation.” This law allows an aggrieved spouse to sue a third party for engaging in sexual intercourse with their husband or wife. The bill failed on a 4-to-4 tie vote after NC Family Counsel Jere Royall joined several other opponents in speaking against the bill during the committee meeting.

“If the civil action of criminal conversation is abolished, there will no longer be any practical legal remedy against a third party for committing adultery with a married person’s husband or wife,” Royall told the committee. “Criminal prosecution is rarely if ever pursued for this wrongful conduct. In other words, the General Assembly will for all intents and purposes be legalizing adultery.”

“We believe that the State’s policy should remain clear–that marriages are worth protecting, that such action will not be tolerated, and that a third party who has committed adultery with a married person’s husband or wife can be held accountable and liable for their actions.” Royall said. “North Carolina should do everything it can to preserve, protect and defend marriage.”

The original version of House Bill 485, proposed not only to abolish Criminal Conversation, but also the civil action, of “Alienation of Affection.” This law allows a wronged spouse to sue a third party who intrudes into a marriage and through wrongful and malicious acts causes the loss and alienation of the love and affection within the marriage. The bill also would have reduced the period of separation before divorce from one year (the current law) to six months, and would have allowed immediate divorce “if the divorce is uncontested and does not involve minor children.”

Likely due to concerns over the controversial nature of HB 485, the bill’s primary sponsor, Rep. Wesley Harris (D-Mecklenburg), offered a substitute version of the bill at Wednesday’s meeting that stripped out the other provisions and just proposed doing away with Criminal Conversation.

Since at least 1999, NC Family has consistently opposed bills that would weaken marriage in North Carolina by making divorce easier and by abolishing civil remedies that allow an aggrieved spouse to take legal action against an outside party who wrongfully and maliciously interferes in their marriage and who commits adultery with their husband or wife.

To learn more about the importance of the civil actions of Alienation of Affection and Criminal Conversation and the harm this bill would have on marriage in our state, read NC Family’s Issue Brief on House Bill 485.