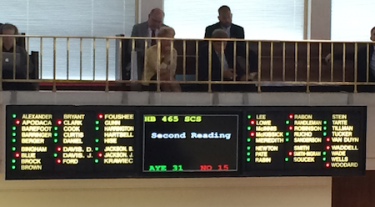 The North Carolina Senate has given initial approval to a major piece of pro-life legislation that includes a 72-hour waiting period for abortion and a requirement that abortion clinics in the state are inspected annually. The Senate voted in favor of HB 465-Women and Children’s Protection Act of 2015 on the bill’s second reading on Thursday, May 28 by a 31 to 15 margin. The third reading vote is scheduled for Monday, June 1.

The House-passed version of HB 465 included provisions that would extend the informed consent waiting period for abortion from 24 to 72 hours and enhance the information abortionists have to report to the Department of Health & Human Services (DHHS) when they conduct an abortion after the 18th week of pregnancy.

Assuming the Senate passes HB 465 on June 1, the bill will return to the House for consideration of the Senate’s changes.