Mom and Dad Are Key Ingredients for Thriving Children 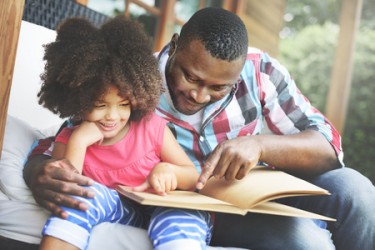 Despite the cultural confusion that exists today about gender differences in parenting and why or if they matter to raising children, emerging scientific evidence is strengthening the argument that children need both a mom and a dad to thrive. A new report published in June by the Center of the American Experiment, IAV, and Institute for Family Studies reveals that men and women are “hardwired” to connect to their children in similar and different ways that are equally invaluable.

The report, “Mother Bodies, Father Bodies: How Parenthood Changes Us From the Inside Out,” is described as a “culmination of a scholarly initiative” in 2008 that brought together about 40 experts from the natural and social sciences to answer the question, “What is a parent?”. The resulting report answers that question with 10 key findings about the biological changes that occur in both mothers and fathers, and how both parents are designed to work in sometimes similar but also distinctly different ways to raise the next generation.

According to the report, “the literature on fathers and mothers indicates that there are important gender differences between the sexes when it comes to parental investments of time, levels of responsibility, styles of engagement, and discipline. Taken together, the different styles typically offered by mothers and fathers can provide a positive mix of involvement, affection, discipline, comfort, and challenge.” The report concludes, “This environment seems to allow children to develop strong attachments to their parents and to acquire the social, emotional, economic, and educational resources they need to launch into the outside world with success.”

While the report contains a treasure-trove of interesting information on the science of parenting-especially about the biological changes that take place in both mothers and fathers-a few points about gender differences in parenting are particularly noteworthy. These include the following findings:

The last point regarding marriage is particularly important, as the report goes on to point out that, “More than any other institution, marriage predicts whether both a father and a mother will be involved in a child’s life, and to what extent.” While acknowledging the different family forms that exist today, including single parent families and families headed by two same-sex parents, the report also notes that “there seem to be key ingredients that are more likely to yield success” when it comes to parenting, adding that, “Most of the time the two big ingredients are a mother and a father.”

If a mother and a father are the “key ingredients” for successful parenting, and marriage is the institution that helps ensure that a child will be raised by both parents, what happens if marriage is redefined to include same-sex couples? With our nation currently embroiled in a debate over how marriage will be defined for future generations, that question and its connection to the “science” of parenthood cannot be ignored. The big take-a-ways from this report are that gender differences matter to parenting, marriage is how humans have historically ensured that children will have both a mom and dad, and parenting and marriage are intrinsically linked in ways that we as a society cannot afford to forget.