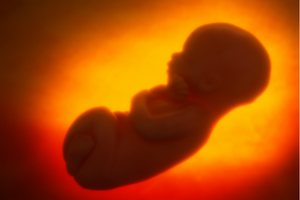 NC Family was recently stunned to learn of a bill introduced in the Maryland legislature that would not only enshrine abortion in state law but would also permit “perinatal,” or newborn infants up to 28 days old, to be abandoned or left to die with no repercussions for those who allow it. Not only that, the bill would explicitly prohibit investigations into these deaths, completely shielding wrongdoers from penalties or consequences.

While this bill has not passed, it demonstrates just how far some lawmakers are willing to go to legalize unrestricted abortion and even infanticide, should the U.S. Supreme Court overturn Roe v. Wade this summer in its highly anticipated ruling in the Dobbs case.

Our friends at the Colson Center do a great job explaining the Maryland bill and what it could mean in today’s BreakPoint podcast, which you can read below, or listen to here.

If a preborn baby isn’t a human person with rights, when does it become one? Some abortion advocates have drawn that line at the second trimester, while very few others point to fetal heartbeat or detectable brain activity. Harder-line activists reject any abortion restrictions and insist it’s okay to kill a baby at any point right up until or even during birth. Planned Parenthood’s official stance is still to the point of viability, when the baby’s experience of pain during abortion is excruciating.

What has never been clear is why abortion supporters would draw the line at birth. At least in medical, scientific, and philosophical terms, passing through the birth canal doesn’t change anything about a child. If a tiny human is considered a disposable inconvenience inside its mother, why would six inches and twenty minutes turn them into a person with rights? This is why some, like Princeton ethicist Peter Singer, propose that parents should be allowed to kill children well after birth, especially if they are born with a disability such as Down Syndrome.

Until now, this horrifying consistency of pro-abortion logic hasn’t made it into law. But as a Supreme Court decision looms in the case of Dobbs v. Jackson Women’s Health Organization, legislatures in progressive states are feverishly taking steps to safeguard so-called abortion “rights” in a potential post-Roe world. In at least one case, lawmakers finally followed the logic of abortion to its awful conclusion, and left room for post-birth infanticide.

Maryland Senate Bill 669 would amend the state’s fetal murder-manslaughter statute to prevent “any form of investigation or penalty” for a person “experiencing a miscarriage, perinatal death related to a failure to act, or stillbirth.” Notice that this is not in the context of a botched abortion. Abortionists have already been caught more than a few times in the past allowing babies born alive after abortions to die.

This law would prohibit investigations in any case where a baby died after birth as a result of neglect. Making matters worse, the term “perinatal” (which just means “newborn”) is not clearly defined. Typically, as Wesley J. Smith points out at National Review, perinatal refers to baby’s first month after birth, so this bill “effectively decriminalizes death by neglect for the first 28 days of life.” “In other words,” explained the American Center for Law and Justice, “a baby born alive and well could be abandoned and left to starve or freeze to death, and nothing could be done to punish those who participated in that cruel death.”

Even worse, the Maryland bill authorizes those who are investigated for fatally neglecting an infant to sue law enforcement for civil damages. And, since even investigations are not allowed, if this bill became law, any Maryland residents could allow any newborn child to die without facing questions or consequences.

Such deadly logic won’t stop at passive infanticide, either. “Based on the current advocacy trajectory,” writes Wesley J. Smith, “such proposals will eventually extend to permitting active infanticide, which is already promoted as legitimate morally by many in mainstream bioethics, and which currently is permitted in the Netherlands upon terminally ill babies and those born with serious disabilities.”

If this bill passes, and other states attempting to shore up abortion rights follow, Americans would be openly participating in a practice that has been widely condemned in the West since the Christianization of the Roman Empire. We should all pray this measure doesn’t pass, and every citizen in Maryland should make sure state lawmakers know what you think about it.

The rest of us should take this as a wake-up call, the first skirmish in the post-Roe fight for the sanctity of life. The Supreme Court will not end abortion. Instead, a new battle, fought state by state and life by life, will be before us. This Maryland bill is just a taste of how high the stakes in that fight will be.