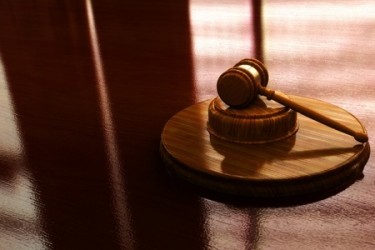 North Carolina’s newest religious liberty law, Senate Bill 2-Magistrates Recusal for Civil Ceremonies, is being challenged in court, and today is the deadline for a defense of the law to be filed. Since N.C. Attorney General Roy Cooper, who is responsible for defending our state’s laws, has made public statements against SB2, Liberty Counsel, a nonprofit legal advocacy group, has attempted to intervene in order to defend the law. Liberty Council, filed a motion to intervene on February 4 to come to the aid of approximately 30 North Carolina magistrates who have lawfully recused themselves from solemnizing civil marriages.

SB2 is designed to protect certain public officials who have a “sincerely held religious objection” to participating in same-sex unions. It allows a magistrate to recuse himself or herself from performing all marriage ceremonies for a period of no less than six-months, and it allows an assistant register of deeds or a deputy register of deeds to recuse themselves from issuing marriage licenses. The law also stipulates that these duties will be performed by other public officials.

According to a news release from Liberty Counsel: “These lobbyists falsely claim that any nominal cost of religious accommodation is a violation of due process and is an establishment of religion. However, both the U.S. Constitution and the North Carolina Constitution require accommodation of individuals’ religious beliefs, regardless of their employment status. Liberty Counsel is representing, among others, Judge Brenda Bumgarner, who has an excellent record during her 10 years of service as a magistrate.”

Liberty Counsel’s motion to intervene must be reviewed by the judge presiding over the lawsuit. If the motion is approved, then Liberty Counsel attorneys will have the right to defend SB2 in court.