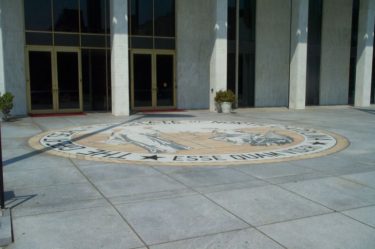 The pleas of pro-family citizens in North Carolina have been heard, as the leaders of the State House and State Senate announced plans today to officially intervene as defendants in four pending lawsuits challenging North Carolina’s marriage protection laws. The announcement from Speaker of the House Thom Tillis (R-Mecklenburg) and Senate President Pro Tempore Phil Berger (R-Rockingham) followed the U.S. Supreme Court’s decision earlier today not to review several lawsuits involving challenges to marriage laws in several states. By not reviewing those cases, the Supreme Court let stand five lower court decisions legalizing same-sex “marriage” in Indiana, Wisconsin, Utah, Oklahoma, and Virginia. The High Court’s orders also put in jeopardy the marriage laws of a number of other states, including North Carolina, which falls under the jurisdiction of the U.S. Court of Appeals for the Fourth Circuit. Earlier this year, North Carolina Attorney General Roy Cooper said he would no longer defend the state’s marriage laws in court.

“The people of North Carolina have spoken, and while the Supreme Court has not issued a definitive ruling on the issue of traditional marriage, we are hopeful they will soon,” Speaker Tillis and Senator Berger said in a joint statement. “Until then, we will vigorously defend the values of our state and the will of more than 60 percent of North Carolina voters who made it clear that marriage is between one man and one woman.”

This morning, the North Carolina Family Policy Council sent out an alert, asking citizens to contact state legislative leaders and Governor Pat McCrory to urge them to defend our state’s marriage protection laws.

“We are extremely disappointed that the United States Supreme Court refused to hear these critically important marriage cases and has allowed the Fourth Circuit opinion in the Virginia marriage case to stand,” Rustin said. “Marriage, by its very nature and definition, is the union of one man and one woman, and it is within this complementary union that children are not only conceived but are raised in the most beneficial environment. Redefining marriage to include same-sex couples automatically denies children either a mother or a father.”

As far as the pending lawsuits seeking to overturn North Carolina’s marriage statutes and constitutional Marriage Protection Amendment, Rustin continued, “It would be improper for the federal district courts to broadly apply the Fourth Circuit opinion to the four pending marriage cases in North Carolina, because each of these cases has specific facts and circumstances that differ from the Virginia Bostic case. As the U.S. Supreme Court directed in its Windsor decision last year, the individual states should retain their right to define marriage, and North Carolina defines marriage as only the union of one man and one woman in state statute and in its State Constitution.”