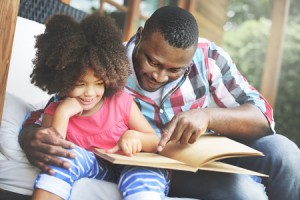 As we approach Father’s Day, NC Family wanted to take some time to examine the crucial role fathers play in the lives of their daughters. A strong relationship with her father can lead to mental, relational, and even financial prosperity for a woman later in life.

Dr. Linda Nielsen, a professor of Education at Wake Forest University, has written five books on father-daughter relationships, and she joins Traci DeVette Griggs on a special Father’s Day edition of the Family Policy Matters radio show and podcast to discuss her latest book, Improving Father-Daughter Relationships: A Guide for Women and their Dads.

Dr. Nielsen says the belief that girls need their mothers more than their fathers is simply not true. In fact, this myth can even be dangerous if fathers accept it as truth and therefore do not press into relationships with their daughters. “According to the research, both parents are equally important and have an equal impact on their daughters,” says Dr. Nielsen.

“The overall effect of having a strong father-daughter relationship is it prepares the girl to become a teenager and a woman who is better able to deal with stress. […] A father prepares his daughter for the road, rather than preparing the road for the daughter.”

Tune in to Family Policy Matters this week to hear Dr. Nielsen share more about the facts, myths, and dangerous stereotypes when it comes to father-daughter relationships. 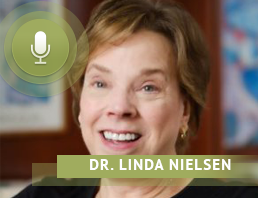 TRACI GRIGGS: Thanks for joining us this week for Family Policy Matters. As we approach Father’s Day, we wanted to take a closer look at the very special relationship that a father has with his daughter. Dr. Linda Nielsen is a Professor of Education at Wake Forest University and the author of an adolescent psychology textbook and five books on father-daughter relationships. Her next book, Improving Father-Daughter Relationships: A Guide for Women and their Dads, will be released this coming Father’s Day.

TRACI GRIGGS: Give us a brief summary of some of the reasons that fathers are so important in the lives of their daughters.

DR. LINDA NIELSEN: I like to sum it up with my students by saying, “Think about M&M’s.” The reasons that fathers are important to their daughters are in regard to M-money, M-mental health, and another M-men. So, what the research shows us is that daughters who have good relationships with their dads make more money once they’re adults. Why would that be? Because they have better grades in school; they’re more likely to graduate from high school and college; they are also more likely to enter jobs that are STEM jobs, which means science, technology, engineering, and math.

The second M is mental health. Girls who grew up with good relationships with their dads are less likely to be clinically depressed, have anxiety disorders, eating disorders, or commit suicide. They are also less likely as teenagers or as adult women to have stress-related disorders, headaches, insomnia, stomach problems. The overall effect here of having a strong father-daughter relationship is it prepares the girl to become a teenager and a woman who is better able to deal with stress. And if they’re better able to deal with stress and failure and disappointment, then, of course, you are less likely to become depressed and anxious and develop problems related to your mental health. In other words, the father is preparing the daughter for the road. He’s toughening her up and making her resilient so she’s able to deal with these challenges. The research shows us that mothers, unfortunately, compared to dads, tend to prepare the road for the child, meaning that mom wants to overprotect you and take obstacles out of your way. This is not good for children. You don’t want to prepare the road for the child; you want to prepare the child for the road, and fathers are better at doing that.

The third M for daughters is men. A daughter’s relationship with men, and that means who she chooses to date as teenager, how she relates to men, how she lets men treat her, the quality of marriage later in her life. The daughter has a choice when she’s choosing men, and those choices depend very largely on what kind of relationship she has with her dad. So, imagine you’re going into a grocery store, and you’re hungry, and you have no grocery list, and you walk into that store, what kind of food are you going to grab off the shelf? Now, if a daughter has father-hunger, meaning she does not have a good relationship with her dad, she’s hungry for a good father relationship. That daughter is just like a hungry shopper; she’s going to walk into that market, and she is going to pick junk food. By “junk food” for men I mean she’s going to choose men who are not good to her and not good for her, and the problem here is that she is shopping for a father. She is shopping for men that are not going to satisfy her need for a father. A well father-daughter walks into that store. She’s got a shopping list. She knows what’s good and bad for her in terms of relationships with men. She’s not desperate to choose a man because she has a good relationship with her own dad. This “hungry shopper” is something that dads help their daughters with. All of these aspects of her relationships with men are much more closely related to the kind of relationship she has with her dad than to the kind of relationship she has with her mom.

TRACI GRIGGS: So what kind of response are you getting from your students?

DR. LINDA NIELSEN: The male students are generally relieved and surprised to read this research. The male students are quite relieved and reassured to find out that from the research they are just as important. They’re going to be just as important to their daughters, as the mothers are. The female students are equally surprised to find out how important fathers are compared to mothers. But most of the female students are exploring their relationships with their fathers in a way that brings them closer over the three months that they’re in the course. They’re better able to communicate with their dads. They’re better able to understand where their dads are coming from, and they’re more willing to reach out to their dads and talk about issues that they have swept under the carpet.

TRACI GRIGGS: So Dr. Nielsen, what do you consider the most problematic misconceptions that people have about father-daughter relationships?

DR. LINDA NIELSEN: I think there are five. I called them sort of five “pants-on-fire” misconceptions that people have. The first misconception is that daughters don’t need their fathers as much as they need their mothers. This is sort of the myth that, “Oh, mothers and daughters have this special bond with each other because they’re both women,” and that, “Daughters need their mothers more than they need their fathers.” And this is not true. According to the research, both parents are equally important and have an equal impact on their daughters.

The second problem is that we have this terrible, popular myth that says, “Men are not as empathetic; men are not as communicative; men are not as compassionate.” And so, the daughter and the father live with that stereotype, which is not true. We have decades of research showing that men and women do not communicate differently when it comes to being empathic, compassionate, co-operative. So, when you start with that very, very negative belief, then the daughter is going to be less willing or less apt to go to her dad because she already believes that men don’t communicate well, or men aren’t interested in hearing personal things from their daughter. When you start with a negative stereotype like that, it’s very damaging to the daughter’s relationship with her dad.

And the third aspect, the third thing that works against father-daughter relationships is that there are many, many loving, well-meaning mothers who truly believe some of these myths. When the mother believes the myth, she’s not as likely to be welcoming and appreciating the father being involved with the daughter. I will give you an example of that. Moms sometimes feel insecure and jealous if they feel that their daughter is getting just as close to the dad, as she is to the mom. And people say, “Oh, that’s not true in my family; that’s not true in my family.” So, here’s the test that I asked my students to take: call your father up tonight, and talk to him about something personal, not about money, not about cars, not about sports, not about politics, not about your grades. Talk with him about a problem that you’re having with your boyfriend or a problem you’re having with your roommate. If your mother is not on the phone, and this is just a conversation you’re having with your dad, how will your mother respond to that? Most of my students say their mothers would be very uncomfortable with that. Her feelings would be hurt; she would feel very jealous; she would want to be on the phone. So, part of what’s happening in the father-daughter relationship, which doesn’t happen in the father-son relationship, is that mom starts to feel a little insecure and jealous if she thinks the dad and the daughter are getting too close.

DR. LINDA NIELSEN: The message we send to fathers is that you can have this good relationship, this close relationship with your daughter up until the time she gets to be a teenager, and then you’re supposed to back off. You’re not supposed to approach her and ask her a lot of questions because she’s a teenage girl. That’s a stereotype that hurts fathers because then they back away at the very time that they should be moving forward to stay involved and to be more involved.

TRACI GRIGGS: We understand that this father-daughter relationship is as important when the daughter is an adult, as it is when she’s younger. So what kind of advice do you have for women and dads who maybe need some help on their relationships even now that the daughter has grown?

DR. LINDA NIELSEN: And that’s a wonderful point you’re making. Daughters need their fathers when they’re 40 years old, when they’re 50 years old, when they’re 35 years old. That relationship doesn’t have an expiration date. We need our fathers, and we benefit from our fathers even when we’re much older, and when he’s much older and approaching the last parts of his life. So, what I recommend to fathers and to daughters is to spend more time alone with each other. Now I know people can’t always do that face-to-face, but we can do that through emails, through Internet, through Zoom, through FaceTime, but the key is alone. Time alone, no mothers, no siblings, just one-on-one time to get to know one another on that one-on-one level. The second step is use that time to talk about things that are meaningful and personal. Try to give that relationship some real depth instead of staying on the surface where it’s comfortable, but not really meaningful.

TRACI GRIGGS: Thank you, good advice. Well, we’re just about out of time for this week. Before we go, Dr. Nielsen, where can our listeners go to learn more about your research and get a copy of your new book, Improving Father-Daughter Relationships: A Guide for Women and their Dads?

TRACI GRIGGS: Well, Dr. Linda Nielsen, thank you so much for being with us today on Family Policy Matters.

DR. LINDA NIELSEN: I appreciate it. Thank you, and Happy Father’s Day!