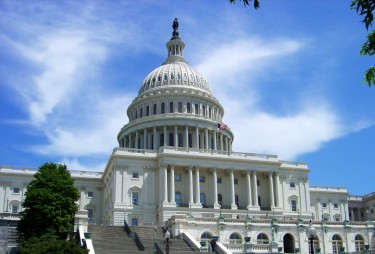 UPDATE: The U.S. House failed to muster the 290 votes required to override President Obama’s veto of the Restoring Americans’ Healthcare Freedom Reconciliation Act. It fell 50 votes short with 240 voting yea and 186 voting nay. As predicted, North Carolina’s U.S. House delegation voted the same way they did January 6, with all 10 GOP member voting for the veto override and all three Democrats voting against it.

The U.S. House of Representatives is likely to vote today on overriding President Obama’s veto of a bill that would remove nearly 80 percent of Planned Parenthood’s federal taxpayer funding and repeal several major pillars of the Affordable Care Act, commonly known as Obamacare. Most political observers agree it is unlikely that enough votes exist to overturn the veto and revive the Restoring Americans’ Healthcare Freedom Reconciliation Act. Regardless, this does not minimize the importance of this precedent-setting exercise. The passage of this measure by Congress established a new avenue by which a pro-life president, if elected, could cut off federal funding to Planned Parenthood.

The North Carolina Congressional delegation in the U.S. House has already staked itself out on the issue. On January 6, when the House passed the bill, the NC delegation voted along party lines, as all 10 Republican members voted to pass the measure, and the 3 Democrats voted against it. The veto override vote is expected to be the same.

NC Family applauds the work of pro-life lawmakers on every level as they work to: chip away at the floundering abortion industry; severely limit Planned Parenthood’s ability to aggressively promote abortion in the U.S. and abroad; and minimize in every way the number of unborn children whose lives are aborted each year.

NC Family has written extensively on this issue. See our stories under the Sanctity of Life category on our blog.