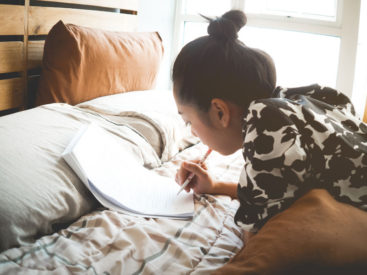 Good news for parents hoping to take advantage of North Carolina’s Opportunity Scholarship Program next year-the State Supreme Court will allow the State to process scholarship applications for the 2015-16 school year while the legal battle over the program continues. On December 12, the state’s highest court granted a request from the groups defending the school choice law, stating, “the State Education Assistance Authority may proceed with all preliminary administrative steps necessary to prepare for the 2015-16 academic year. However, funds scheduled to be disbursed to scholarship recipients, tentatively scheduled to begin on 15 August 2015, may not be released or distributed without further order of this Court.” In addition, the Supreme Court allowed a motion from the defendants to “expedite the appeal,” which, according to Parents for Education Freedom in N.C. (PEFNC), means “a decision on the constitutionality of the case could be made as early as mid-February.”

The Opportunity Scholarship Program, which was enacted by the General Assembly in 2013, provides scholarship grants of up to $4,200 per eligible child to pay for tuition and fees at participating private schools beginning in the 2014-15 school year. Over 5,000 students applied for the scholarships, which were awarded to nearly 2,000 students for this school year. The North Carolina Association of Educators and the North Carolina School Boards Association are challenging the program’s constitutionality in two pending lawsuits.

In a statement, PEFNC vice president Karen Duquette described the Supreme Court’s latest order in the school choice lawsuit as “excellent news” for families. “Not only will this allow new families to apply for the Opportunity Scholarship Program,” Duquette said, “but the Supreme Court has already showed a strong sign by allowing existing scholarship recipients to continue on the scholarship this year, which is hopefully a good indicator about the future of the program for next year and beyond.”