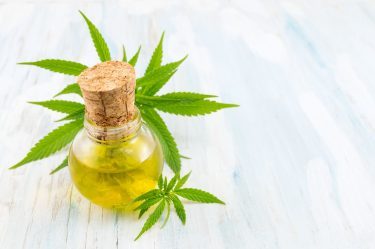 A bill designed to make North Carolina a national leader in hemp production is making its way through the NC General Assembly.The provision is part of the North Carolina Farm Act of 2019, or SB 315, which was passed by the State Senate on Monday. The House Agriculture Committee took up the bill for discussion Wednesday.

House members heard from representatives of the hemp industry in North Carolina who are anxious to cash in on the popularity of products like CBD extracts, and from law enforcement officials who are concerned that allowing “smokable” hemp would be akin to legalizing marijuana in the state.

NC Agriculture Commissioner Steve Troxler led off the discussion by advocating for clarifying state laws regarding hemp production so farmers can move forward on what many believe will be a lucrative cash crop. Under a pilot program currently underway in our state, the industry is bursting at the seams. Troxler compared it to “The Wild Wild West. The growth of the industry has far exceeded any regulatory framework that’s out there,” he said. “Without a regulatory framework, the public can’t be assured that these products are safe for human consumption” and “what’s on the label is actually in the bottle.” Troxler went on to explain that a random sampling of CBD products currently on the market in NC found that half of the products had significantly less CBD than listed on the bottle, and many had no CBD at all. 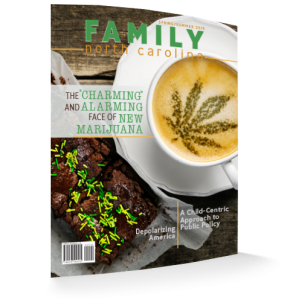 A portion of the bill encountered some opposition from NC law enforcement and legal representatives who requested a temporary ban on smokable hemp in our state, because it is currently so difficult to distinguish between the hemp flower and marijuana. According to David Hess with the NC Chiefs of Police Association, a loophole in the measure would essentially legalize marijuana in our state. “If passed as currently drafted, law enforcement will not be able to legally enforce marijuana laws.” He explained, “there is currently no test that would determine the THC content, nor does it resolve the constitutionality of probable cause needed to seize suspected hemp or marijuana to field test.” For an overview of the latest research on problems occurring in states that have legalized marijuana, see NC Family’s article, “The Charming and Alarming Face of New Marijuana” in the latest issue of Family North Carolina magazine, which is available on our website.

Several hemp growers and producers also objected to a provision in the bill that would require “hemp handlers” to be bonded for at least $250,000. Critics of this measure said they could not find anyone willing to offer the bonds in such a new industry and that it was cost-prohibitive for small farmers starting a new business.

The Agriculture Committee in the NC House is scheduled to discuss the bill further on Wednesday, June 26.