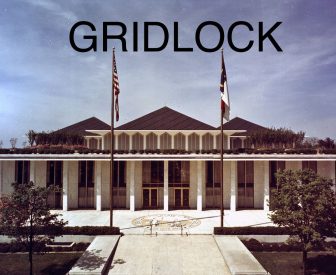 With a Democratic Governor and a Republican majority in the State Legislature, it should come as no surprise that little was accomplished yesterday when the North Carolina General Assembly convened for a special one-day session aimed primarily at addressing budget issues. Attempts in the State Senate to override Governor Roy Cooper’s vetoes of a teacher pay-raise bill (SB 354) and a regulatory reform bill (SB 553) both failed on party-line votes. In each case, the chamber was unable to muster the supermajority vote required to override the veto. An override vote on the Governor’s veto of the 2019 budget bill, HB 966–2019 Appropriations Act, was also pending, but no action was taken when it became clear a vote on this bill would also fail.

Another bill that was eligible but not acted upon was SB 315–North Carolina Farm Act of 2019, which has been the subject of much debate during the past year. NC Family has joined with many in the law enforcement community, including sheriffs, chiefs of police, district attorneys, and the State Bureau of Investigation, to call on state lawmakers to ban the use of smokable hemp in North Carolina. State law enforcement leaders have testified that the failure to ban smokable hemp will lead to the de facto legalization of marijuana across the state. Unfortunately, debate over the final version of the 2019 Farm Act stalled out when the House and Senate failed to reach a consensus on the bill. Nonetheless, SB 315 remains eligible for consideration later this year.

One measure that did pass on Tuesday was SB 560–Scholarships for Children of Wartime Veterans, which allocates $2.4 million in “each year of the 2019-2021 fiscal biennium” to provide additional funds for “room and board expenses to students receiving a North Carolina Scholarship for Children of Wartime Veterans.” This bill passed the State House and State Senate by unanimous votes.

The North Carolina General Assembly is scheduled to return to Raleigh on Tuesday, April 28 to convene the 2020 “Short” Legislative Session.