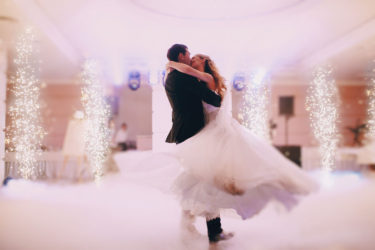 North Carolina Governor Pat A McCrory told reporters Wednesday that the state’s marriage laws should remain intact until the U.S. Supreme Court issues a definitive ruling on the issue. According to a report by NBC Charlotte, after receiving thousands of petitions from homosexual activists urging him to stop defending North Carolina’s marriage protection laws, the Governor responded by saying, “We should have [a] stay [of any court decisions] to allow us to implement our current laws up until the Supreme Court decides this.”

The Governor’s statement to reporters came the same day his offices received petitions from Equality North Carolina, a statewide homosexual lobbying group, urging state leaders to “stop any costly defense of our state’s marriage ban” in light of a recent ruling by the U.S. Court of Appeals for the Fourth Circuit that struck down Virginia’s marriage laws. Although the Fourth Circuit ruling is now on hold, because of a temporary stay issued by the U.S. Supreme Court, Gov. McCrory and legislative leaders have been under mounting pressure from pro-family organizations, including the North Carolina Family Policy Council, to intervene as defendants in four federal lawsuits that are seeking to overturn North Carolina’s marriage statutes and constitutional Marriage Protection Amendment.

For their part, homosexual activists want the Governor and legislative leaders to follow the lead of North Carolina Attorney General Roy Cooper, who announced on July 28 that he will no longer defend North Carolina’s marriage laws. According to NBC Charlotte, Gov. McCrory said that if a court issues a ruling in one of the pending lawsuits and finds North Carolina’s marriage laws unconstitutional, he wants a stay issued on any court decision, pending the Supreme Court’s final ruling in one of several lawsuits involving challenges to state marriage laws. “I firmly believe a marriage is between a man and woman,” the Governor said, “but I’m going to respect our Supreme Court and the Constitution of the U.S., and that’s what we ought to let happen.”