Fight for Life or Hasten Death 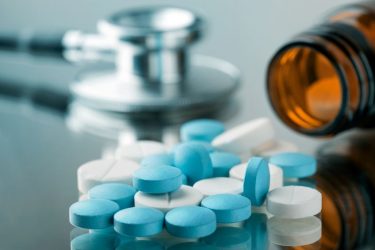 Two bills introduced this week in the North Carolina House offer a startling contrast to end of life ideologies. One bill would provide more opportunity for terminally ill patients to make valiant efforts to survive, while the other would legalize physician-assisted suicide.

The bill entitled Right to Try Adult Stem Cell Treatments is an expansion of the Right to Try Act, which was passed into law in 2015. The current law allows for the use of “investigational drugs, biologic products, and devices” for terminally ill patients who have exhausted all other avenues of treatment approved by the FDA. The additional language provided in this bill would also provide for the use of “certain investigational adult stem cell treatments” for patients with a terminal diagnosis.

In addition, it would make this treatment available to patients facing a “severe chronic disease,” defined in the bill as “a condition, injury, or illness that: may be treated; is never cured or eliminated; [and] entails significant functional impairment or severe pain.” These treatments must be a part of clinical trials with humans, “administered directly by a physician certified by an institutional review board,” “overseen by an institutional review board,” and provided at a licensed hospital, ambulatory surgical center or accredited medical school in the state.

Meanwhile, another bill would make physician-assisted suicide legal in North Carolina. The End of Life Option Act would allow North Carolina residents 18 or older to request a prescription from their “attending physician” for a “terminal comfort care drug” that the patient would self-administer. The patient must be suffering from “an incurable and irreversible disease […] that has been medically confirmed by the attending physician and will, within reasonable medical judgment, result in death within six months.”

Although the bill contains a long list of safeguards against abuse, and protections for a “health care provider or pharmacist” who does not want to participate, critics decry the slippery slope that has historically followed in other states and countries. According to an article from The Daily Signal, “Physician-assisted suicide does not promote human dignity. Instead, it normalizes subpar and unethical care for those who are most vulnerable.” And according to Heritage Foundation health care expert Bob Moffit, “The introduction of physician-assisted suicide, ultimately prevents the most vulnerable populations from having access to quality, ethical end-of-life care.”