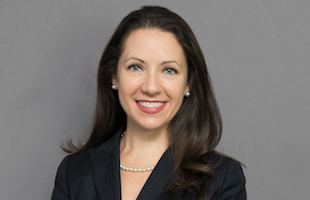 The U.S. Senate has confirmed the nomination of Allison Jones Rushing to the U.S. Court of Appeals for the Fourth Circuit, which covers North Carolina, South Carolina, Virginia, West Virginia, and Maryland. The court, which has 15 active circuit judges, hears appeals of cases from federal district courts in these five states, as well as appeals from federal administrative agencies. The appointment is for life.

President Trump nominated her for the seat in August, which brought about loud protests from Democrats, LGBT and civil rights activists. Her confirmation vote was split along party lines with all 53 Republican senators voting for her and all present Democrat senators voting no.

Many of you voiced your support for Rushing by responding to an Action Alert sent out by NC Family in October, sending a clear message to North Carolina Senators Richard Burr and Thom Tillis that Rushing is the kind of judge we need. Thank you for your participation. Your action makes a difference!

Both Tillis and Burr responded with glowing praise for the new judge. “After 11 years practicing law, [Rushing] is considered one of the rising stars in the legal profession,” said Tillis, “and I know she’s going to do a great job on the Fourth Circuit Court.” “Rushing distinguished herself as an expert appellate lawyer, with an impressive record of pro bono work,” said Burr. “Equally important, she has demonstrated the character and temperament that makes a fair and impartial judge.”