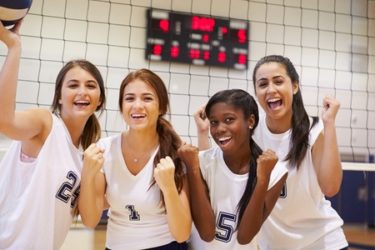 Despite research proving its effectiveness, the Healthy Relationships Act of 2017 (HR 2028) continues to be a controversial measure in U.S. Congress.  This measure, introduced in the 115th Congress earlier this month, would authorize the Department of Health and Human Services to award grants to entities providing education in Sexual Risk Avoidance, often referred to as abstinence education.

Sexual Risk Avoidance programs stress avoiding risky behaviors. This is in contrast with Sexual Risk Reduction, often called “comprehensive” sex ed, which emphasizes “safer sex” and the use of condoms and contraceptives for sexually active teens as explained in the NC Family article, Abstinence Education Rebranded. Valerie Huber, with Ascend, formerly the National Abstinence Education Association, says Sexual Risk Avoidance “is far superior to ‘comprehensive’ sex education from both a health and relevancy standpoint,” noting that it’s designed “to help youth not only delay sex, but improve their future life prospects as well.”

Sexual Risk Avoidance teaches that delaying sex and childbearing is a key to addressing many of society’s toughest problems. The Success Sequence presents evidence that if teens will achieve three specific goals in a row, they are nearly assured of avoiding poverty in adulthood. The sequence states, young people should:

Instructors help teens formulate concrete steps on how to achieve each of these goals and to encourage them to keep their eyes focused on their dreams.

The introduction of the Healthy Relationships Act of 2017 follows years of drought in federal funding for abstinence education programs. Former President Obama pushed for zero funding for Sexual Risk Avoidance programs in every budget he presented since 2010, opting instead for the Teen Pregnancy Prevention program, which is essentially comprehensive sex ed.

Sexual Risk Avoidance education, outlined in HR 2028, is geared toward middle and high school students and seeks to give youth improved life and health outcomes if implemented effectively, including:

Further, any information provided about contraception must be medically accurate, not to include demonstrations. Priority will be given to programs that regularly reinforce the Sexual Risk Avoidance message to both middle and high school students and that promote parent-child communication regarding the benefits of avoiding all sexual risk.