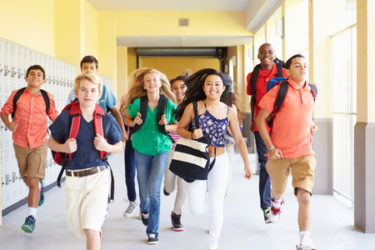 After years of losing battle after battle regarding what is taught to North Carolina public school children about sex, it appears that those who believe sex belongs within the context of marriage may be gaining some valuable ground. These advances are coming as a result of efforts both on the local level by parents and other concerned citizens and on the federal level to challenge the status quo.

For the past 30 years, an organized effort (now led by a group called SHIFT NC) has been a driving force behind “Comprehensive Sex Education” and “Teen Pregnancy Prevention” in North Carolina. The stated goal of SHIFT NC is to “improve adolescent and young adult sexual health.” But a closer look at the organization’s initiatives and allies reveals that it is actually working counter to the fundamental values and interests of most North Carolina families.

SHIFT NC’s power and influence stems largely from millions of dollars in federal grants, which comprised 80 percent of their 2016-2017 annual budget. Recently, however, the U.S. Department of Health and Human Services (DHHS) has announced it is cutting short these grants and scrutinizing whether this has been money well spent. This news comes after members of the Trump Administration reviewed the efficacy of Obama-era Teen Pregnancy Prevention (TPP) programs, which were receiving about $108 million per year nationwide and have received nearly a billion dollars over the life of those programs.

According to an article on the Ascend website, Why Did HHS Eliminate TPP funding?:

TPP programs were promoted on an “approved” list by the Office of Adolescent Health (OAH) and showcased as model programs that could be implemented with confidence. The OAH website stated, “Evidence-based programs can be expected to produce positive results consistently.”  In good faith, many schools and communities across the country implemented these programs but did not experience the “positive results” promised.

SHIFT NC has received notification from DHHS that funding for some Teen Pregnancy Prevention programs (along with some other initiatives) will end on June 30, 2018. This DHHS decision will affect many of SHIFT NC’s programs, including the two projects below, which are among those receiving the most federal funding.

Every Teen Counts
The stated goal of this program is to work with foster and juvenile centers in the state’s highest risk areas (Bertie, Franklin, Granville, Halifax Nash, Northampton, Vance, Warren, and Wilson Counties) to “help youth avoid unplanned pregnancies.” The program received funding of $736,766 annually for 5 years. The grant originally funded the program through 2020, but due to recent federal cuts, the funding will now end on June 30, 2018.

Local citizens create change
Interestingly, even before the federal funding was cut, parents in Onslow County organized to oppose the radical curriculum, and SHIFT NC was ushered out of the schools there. Listen to NC Family’s interview with Dr. Joe Werrell, entitled, You Can Impact Public Policy On The Local Level, to learn how parents stood up for what they believed was best for all the county’s children.

Meanwhile, the fate of the same program in Cumberland County schools is on hold after similar action by parents there. Upon hearing reports of the curriculum’s inappropriate content, concerned parents and other citizens stepped up to the plate, requested a meeting with county commissioners, and voiced their opposition to the program. Consequently, the Cumberland County School Board put the program on “hold” for further review. At the time this article was written, continuing discussion on the program had not yet been scheduled. You can read more about how parents took a stand, in our article, Local Citizens Stand To Protect Students.

SHIFT NC works hard to present itself as a “neutral” organization that seeks to improve adolescent health in North Carolina.  However, a closer look reveals a different story. The above programs are based on values clearly outlined and endorsed by Planned Parenthood, the nation’s largest abortion provider, and its allies. This list of SHIFT NC’s organizational alliances gives a clearer picture of the organization’s extreme philosophical leanings:

What’s in store for sex education?
The U.S. Department of Health and Human Services, under the new Trump Administration, has commissioned a $10 million study to “support and improve teen pregnancy prevention and sexual risk avoidance programs.” This study may well have significant and far-reaching implications for the future of sex education in our nation.