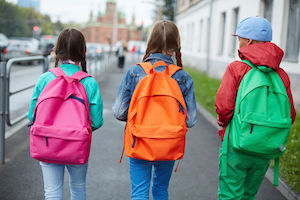 This week, our nation will celebrate National School Choice Week (NSCW). During this time, thousands of events planned by schools, groups, and individuals will raise awareness of the different K-12 education options available in our country. This week will mark the eighth NSCW, and over the past seven years, more than 58,000 events have been planned across the country and the world in celebration of school choice.

NSCW celebrates a family’s ability to choose the type of school their children attend; parents can choose between traditional public schools, public charter schools, public magnet schools, private and parochial schools, online schools, and homeschooling.  The goal of school choice is to allow students to thrive “when they’re matched with learning environments that meet their individual needs,” since each student is unique.

The mission behind organizations like PEFNC and efforts like NSCW is to create a climate that empowers parents with choices in education. It is all about choice and not being restricted by a zip code. “We want to focus on the children and the best fit for their education,” Jodice continues. “We should place the kids and what is best for them over the buildings and the systems.”

Parents for Educational Freedom in North Carolina will be hosting two events this week in celebration of and to raise awareness about school choice and National School Choice Week: the first on Wednesday, January 23 in Wilmington, and the second on Thursday, January 24 in Fayetteville.